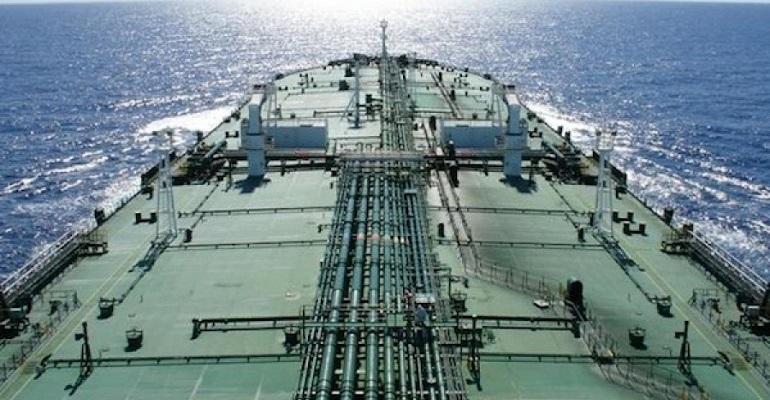 With the dual black swan events of the coronavirus (COVID-19) and the surge in oil supply Frontline ceo Robert Macleod believes that skyrocketing rates of $250,000 per day rates for VLCCs are real this time.

He offered justifications for investors’ rosy view of the tanker owner’s shares despite that still the plummeting overall equity market means that the Frontline share price is below levels seen in late 2019.

Related: An awful energy day…unless you are a tanker owner

This was clearly on Macleod’s mind as he told investors who bought into what turned out to be an abortive tanker rally late last year with deals done “on subjects” subsequently failing.  “This time it’s real…it’s not a blip” he intoned; unlike the cheerleading that often accompanies shipping webinars and sometimes investor calls, the evidence here clearly supports Macleod’s views.

The supply side of the equation is well known- the orderbook is low in comparison with historical levels- and virus induced delays at Chinese yards also a factor, although Macleod did not dwell on this. He said: “The supply side has not looked this promising since 1997,” citing the low number of ships on order compared to vessels over 15 years old.

But the recent excitement is all about the demand side. At present, the big surge stems from Saudi chartering activity - through Bahri, which he described as a highly professional entity; hires for VLCCs have maintained the $250,000 per day level, while million barrel suezmaxes were inching up towards $140,000 - $150,000 per day.

In slides outlining the case for increased demand going forward, Frontline pointed to the Saudi’s production increase of 2.6m barrels per day (bpd), augmented by  Russia and the UAE set to add a combined 1.3m bpd.

Macleod cited: “Tanker demand increased by between 8% - 10%, citing incremental flows of approximately 4m bpd (above  a baseline lift of around 40m bpd),” at a time that the market was already picking up. He said, “From what we can see, it looks to us like a lot of the oil fixed [n the past week] is pointed towards  the USGulf.”

In discussing the trend of oil moving from the Atlantic Basin out to the Far East, he said, “These moves are here to stay.” He also cited large increases in refining capacity in the past year- “…virtually all in the Far East.”

He said that the oil pricing economics could support floating storage - a factor not present in 2019 Q4; based on the contango pricing, “You can store oil in a VLCC for six months and pay the owner $60,000 per day,” suggesting that older VLCC’s would be used for storage which would “tighten up the market for modern ships.”

The average age of Frotline’s 23 vessel VLCC fleet is less than nine years.  Macleod suggests that he expected 30 to 40 ships to be taken on storage deals in the next two to three weeks, adding that as participants become convinced of real strength lurking in the market, he expected period fixing to pick up. “Charterers will have more confidence doing two and three year charters,” he said.

For Frontline, and presumably for the other listed owners, the impact will start to be seen in Q2 noting that “bigger vessels are fixed farther forward.” But, if market realities soon to unfold mirror Macleod’s views, the impacts will be substantial.