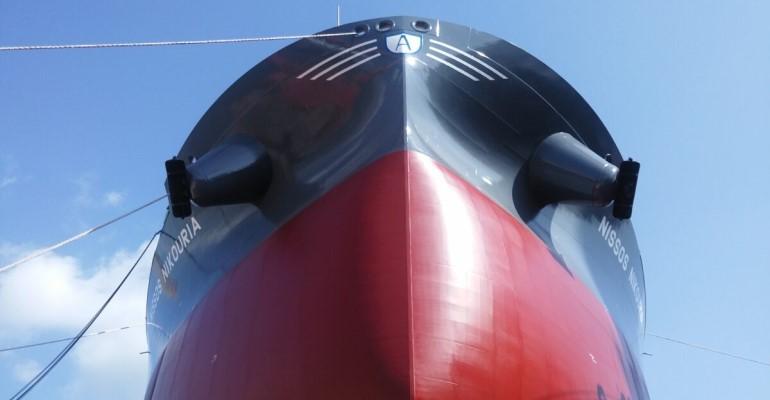 Yemen’s Iran-backed Houthi militias have issued a warning to tankers loading at Yemeni oil terminals firing two armed drones at a Okeanis Eco Tankers VLCC as the vessel called for loading at the Al-Dabba oil terminal in Ash Shihr, Yemen.

In a filing to the Oslo Stock Exchange, the Alafouzos-controlled company confirmed two “drone-driven explosions” in close proximity to its 300,000dwt newbuilding Nissos Kea on October 21.

The Greek owner of the Marshall Islands-flagged 2022-built tanker said it sustained no damage and no injuries to the crew in the attack which saw one drone explode ahead of it and another on its starboard side and came 14 minutes apart.

The Nissos Kea was scheduled to load 2m barrels of crude, but the vessel sailed from the loading port in international waters following the incident. “All necessary precautionary measures were duly taken beforehand and during the incident,” said Okeanis Eco Tankers.

The drone attack came two weeks after a cease-fire in the country’s civil war ended. Yemen’s Iran-backed Houthi militias said they were behind the attack, calling it a “warning strike.” to prevent pro-government forces from using terminals for oil exports. Meanwhile, the country’s Saudi-backed government said its forces had intercepted the drones.

The EU said the flagrant menacing of international maritime commerce was unacceptable. “Houthi attacks on international shipping are an affront to core principles of the Law of the Sea, jeopardising freedom of navigation through the region’s waterways and blocking access to Yemeni ports,” it added.

Cyprus-based, maritime security company Diaplous Group said: “The company immediately emailed the Coast Guard to report the incident and request to stop. The coastguard warned that the vessel was in danger and prompted the master to abandon the operations at the terminal, to evacuate the area instantly and to inform accordingly when the vessel would be sailing in international waters.