Data standards a boon for some, a threat for others 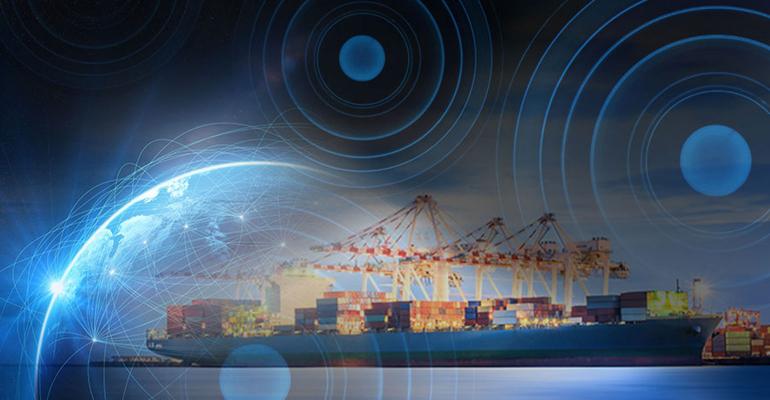 Standardisation across digital tools and platforms in the maritime industry holds the promise of increased efficiency, but could pose an existential threat to some businesses.

The need for standardisation arose in both sessions of ShipTech Virtual at the Maritime Online Series so far, as panellists discussed how to make the most of efficiency gains across supply chains.

“I think these ideas around getting these standardisations in data protocols is really interesting, and I think that will facilitate our ability to build a logistics and shipping ecosphere if you like to give us at least common data that we can share,” said Rob Harrison, Regional Commercial Director, Europe, DP World.

Harrison saw standardisation as a means to trade data more freely in the future between those who have the data and those who can make use of it or the insights it offers. Standardisation of data and protocols could create a challenge to some more traditional intermediaries in the logistics sector, he warned, as companies which previously traded and arbitraged privileged information may be forced to explore new business models should transparency improve.

“Let's characterise the first level as standardisation of the inputs. How can we at least capture the data in a format that enables lots of different use cases? It's a difficult one to get right, but without that standardisation, you spend 80% to 90% of your data analytics effort just cleaning out that data and making bits of data talk to other bits of data. And only 10% of the time, actually driving value out of manipulating that data or analysing that data. That's the wrong place to be in.”

For the second level, Ng said that once information or insights have been extracted from the data, it’s worth thinking about standardisation and benchmarking there.

His point was picked echoed in the ShipTech session on decarbonisation when ZeroNorth CEO Søren Christian Meyer talked about his company’s efforts in standardising the fuel models that form the basis of fuel efficiency calculations.

“When any company is trying to predict how best to get from A to B, they need a fuel model. Whether they bring in fuel performance, hull cleaning, propeller cleaning, fuel optimization, anything of that tune, you need a fuel model,” said Meyer.

“There's quite a lot of people out there modeling fuel consumption, trying to predict the fuel consumption of a vessel. They all use different data to do it. Some use some weather elements, others are using other limits, but that's not what this standardisation is about. It's about saying, what is the accuracy of those models?

“By coming together and making a standardisation for that, then everybody can go back and begin to work with their models, fine tuning them to make them even better, because now we have a common denominator of what is a good fuel model. We are super proud of the work and very happy that people are willing to come together with us on this journey and publish a white paper. It’s important that we can have standardisation; it doesn't have to be a regular standardisation being regulated by anybody, but actually the industry coming together.”

Meyer’s viewpoint was supported by his fellow panellists who agreed that standardised fuel models would help establish a firm baseline from which various efficiency improvement software and technologies could be compared.

ioCurrents CEO Jesse Brink sees standardisation as a means of simplifying the process of interpreting data, but also as a path to improved insights from larger data sets.

“Data standardisation from a formatting perspective is excellent, especially for someone in our business, because if everybody's saying the same thing, and everything's labelled the same thing the same way, it makes making sense of that data and turning it into answers much easier,” said Brink.

Brink said that there are valuable insights to be gained from data even when it has been anonymised and aggregated as larger data sets make for more accurate predictions and optimisations. “So the more that is standardised, and the more that's accessible is great. You can then benefit as an individual by pooling that enormous crowdsourcing of data, but that does start with some standardisation,” said Brink.

Both sessions so far of ShipTech Virtual at the Maritime Online Series can be watched on-demand, and ShipTech returns for its final session of the series on July 22 to discuss the role of ship finance in the maritime industry’s decarbonisation journey.