Shipping has an opportunity to leapfrog a technology generation 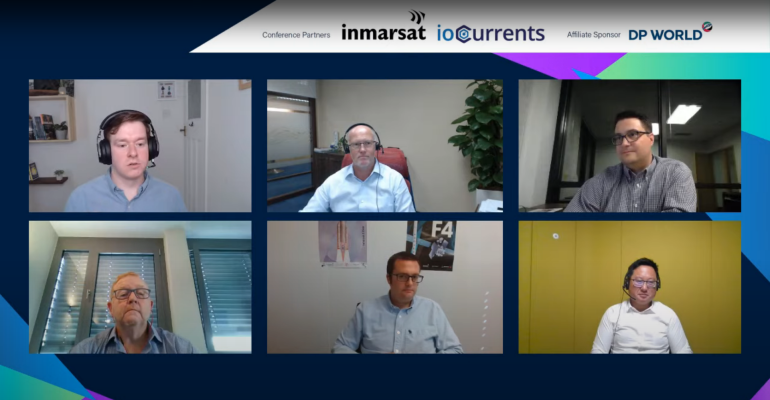 The shipping industry has an opportunity to leapfrog an entire generation of industrial technology to make the most of digital efficiency improvements, according to a panel of experts.

Speaking at Seatrade ShipTech Virtual – Making Data Work for Shipping, panellists shared their views on digitalisation from their varied perspectives.

“I think that the maritime industry is poised right now, to leapfrog an entire generation of the technology -the big data generation that was very expensive and very laborious to make sense of,” said Jesse Brink, CEO of ioCurrents, a company using AI and machine learning in its fuel efficiency, maintenance and voyage optimisation products.

Related: Closing the gap between AI capability and domain knowledge in maritime

“Maritime has incredibly advanced assets that are producing copious amounts of data, it's just what do we do with it? Well, rather than collecting it all, and then hiring analysts and trying to build out dashboards, why don't we apply the latest and greatest technology to get us to those answers set?”

Rob Harrison, Regional Commercial Director, Europe, DP World saw his companies position primarily as that of a fixed infrastructure asset investor; digitalisation from that standpoint means extracting or creating value with data to add value to their business and their customers. For that, transparency is a key question, he said.

“How do we how do we create this transparency towards the end user? If you think about the supply chain, the number of intermediaries and the number of players that actually participate in the supply chain is, is amazing. When you look at the whole flow from goods from end to end, there's probably 10-12 intermediaries on either end of the ocean lane. Each one of those intermediaries has different processes, and has a different role to play. The amount of the amount of information and amount of information points that are actually being passing on from one to another is just mind blowing,” said Harrison.

The panel agreed that standardisation was an important topic in the industry, with the potential to bring a great number of benefits including increased efficiency, improving transparency and making the most of pooled data.

As digital connections and their uses increase, cyber security has become a greater threat to the industry and a potential roadblock to those hesitant to adopt new technologies. Dan Ng, CEO of maritime cyber risk management specialist CyberOwl said that cyber security measures can be applied incrementally based on a company’s changing needs, using monitoring to properly assess threats and use that information to inform security decisions.

Similar to Brink’s views on leapfrogging a technology generation, the maritime industry’s position in its digital transition means it has the opportunity to learn lesson from other sectors further along on the same path, avoiding some of the pain points felt in other industries, added Ng.

“Decarbonisation and digitalisation go hand in hand. Decarbonisation will require a lot more data logging and monitoring than we do today, more exchange than we do today. Just think about monitoring the carbon emission on each voyage - you can't do that manually, you need to invest in this solution to get it done. I think… digitalisation is going to accelerate and decarbonisation is going to be a driver, whether you like it or not,” said Nortun.

Alberto Perez, Director of Strategy and Business Development, Inmarsat agreed: “I think there's been an acceleration, and it is no longer an option. If we tie up digitalisation with the decarb effort, it’s soon to become a license to operate.”

As part of the backbone of maritime communication, Inmarsat said that the pandemic brought on a 100% increase in the average data traffic to a vessel in the six months to October 2020, and that the pandemic had put focus on companies’ digital infrastructure.

“The pandemic meant an acceleration of certain trends that were already in the market, but that had to be implemented rather quickly. So the industry has evolved in a year what it was meant to do in five,” said Perez.