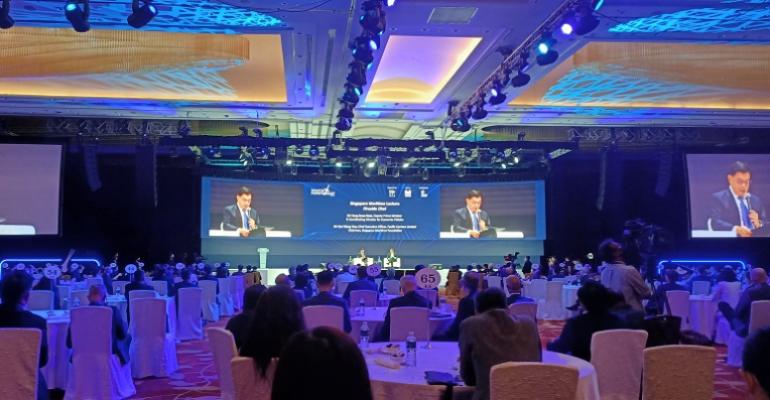 Singapore has started development of an API marketplace, OCEANS-X, to facilitate data exchange.

The initiative was announced by Singapore Deputy Prime Minister Heng Swee Keat in his keynote speech at the 16th Singapore Maritime Lecture.

“This approach is not only onerous, but the proliferation of APIs adds to the complexity of systems over time. With the OCEANS-X API marketplace, parties can search through the list of standard APIs for maritime datasets to see whether an existing one meets their needs, in which case there is no necessity to develop a new one," DPM Heng said.

Heng cited the example the port clearance API launched by the MoU partners of the digitalOCEANS in November 2021 which could save up 100,000 man hours a year for the industry by 2025.

Related: Supply chain to remain under stress, opportunity for digitalisation and decarbonisation