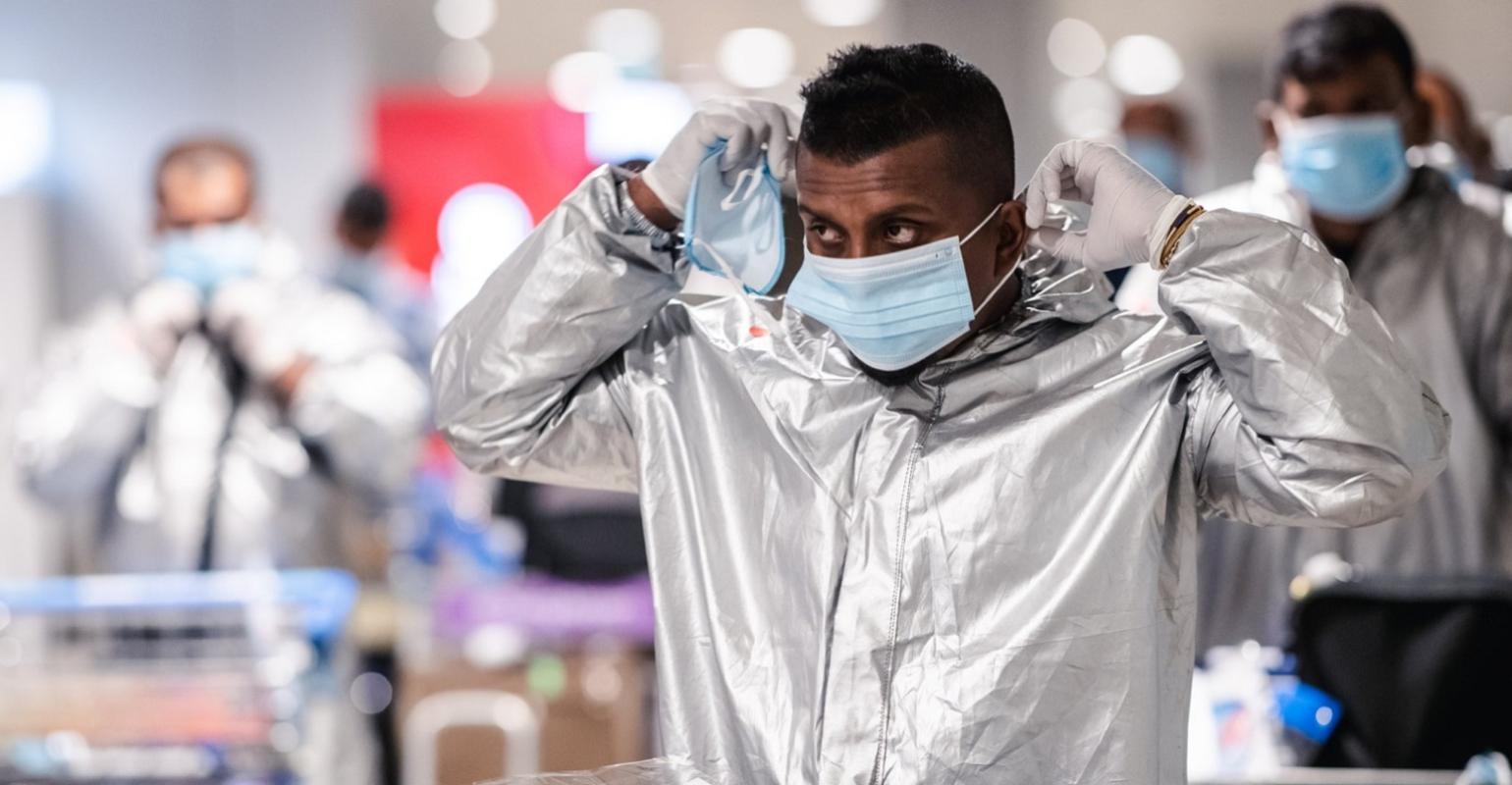 Crew change in Singapore
A group of high-profile charterers have released a set of best practices for charterers to help facilitate crew changes.

The recommendations, published by the Global Maritime Forum, are designed to help both long- and short-term charterers put into action the recommendations of the Neptune Declaration on Seafarer Wellbeing and Crew Change.

The Neptune Declaration was signed by over 800 companies to address the COVID pandemic’s impact on seafarers, and urges that: seafarers be recognised as key workers; gold standard health practices are established and implemented for seafarers; collaboration between shipowners and charterers is increased to facilitate crew changes; and connectivity is maintained between maritime hubs for seafarers. In particular the Neptune Declaration states that no charter should contain clauses preventing necessary crew changes.

So-called crew change clauses—which aim to prevent delays and costs associated with allowing crew to be repatriated and new seafarers to join a vessel during a charter—have been widely criticised for putting pressure on shipping companies to extend crew deployments aboard vessels beyond what is normal, what is contracted or in some cases what is legal. The Framework for Charterers can be downloaded from the Global Maritime Forum website here.

The best practices broadly call on charterers to communicate and plan with shipowners to allow for crew changes to take place with minimal disruption, including accommodating reasonable deviations. Establishing points of contact between charterer and shipowner is recommended, allowing for the sharing of information on crew and contract status, and to develop long term crewing plans.

The document also advises that charterers and shipowners stay up to date with local regulations and make all reasonable efforts to enable crew changes within the shifting regulatory landscape of the pandemic.

“As the Covid-19 pandemic continues, so does the unprecedented crew-change crisis. Many good efforts have been ongoing to resolve the situation since the pandemic’s first year, but there are still hundreds of thousands of seafarers on ships beyond the expiry of their contracts. The situation is further exacerbated by new virus variants and changing national rules regarding crew changes,” a group of charterers said in an opinion piece released alongside the best practice advice.

“Our intention is not to change the ship owners’ responsibilities vis a vis the crew or the operation of their vessels. Our ambition is to create a framework that a charterer can adapt to their own specific circumstances to help facilitate crew-changes. We hope that this will inspire others to not only implement these actions on the ground but also to openly share their best practices,” they said.