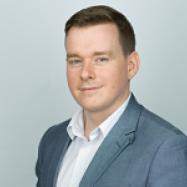 Money in the bank and plenty to spend it on
May 13, 2022
The shipping industry had a bumper 2021, but decarbonisation will be a challenge for even the deepest pockets.

Best foot forward: ambition and clear targets in digitalisation
May 11, 2022
A panel of experts shared their views on the very first steps companies should take on their digitalisation journey.

UK to reform seafarer pay after P&O Ferries debacle
May 10, 2022
The UK Government confirmed that ferries regularly sailing in and out of UK ports will need to pay seafarers the equivalent of UK minimum wage, £9.50 ($11.70) per hour.

CMA CGM partners with green hydrogen production demonstrator
May 10, 2022
CMA CGM has become a partner of the Jupiter 1000 project, a demonstrator in Fos-sur-Mer set to produce green hydrogen and e-methanol from renewable energy.

Stolt Tankers to buy three chemical tankers
May 06, 2022
Stolt-Nielsen announced that it has agreed to purchase three stainless steel chemical tankers ahead of an expected market improvement.
Load More