Global Shipping, Maritime and Offshore news and updates. For over 50 years we deliver the news that matters focusing on the leading trends in the industry. 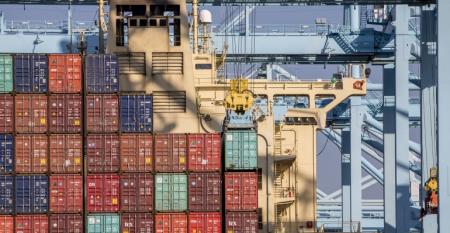 Early hints of container demand rebound expectations seen in China
Feb 03, 2023
An increase in port congestion and container pickup charges in China point to a recovery in demand for container transportation.

Milaha and Hareket sign heavy-lift services agreement
Feb 03, 2023
Qatar Navigation (Milaha), and Turkish company Hareket have signed an agreement which will see the provision of...

Keppel O&M orderbook at highest level in 15 years ahead of merger
Feb 03, 2023
Keppel Offshore & Marine’s (Keppel O&M) orderbook stands at its highest level since 2007 ahead of a planned merger Sembcorp Marine (Sembmarine).

LNG tanker refloated in Suez Canal, vessel traffic unaffected
Feb 03, 2023
An incident involving an LNG tanker which broke down in the Suez Canal on Wednesday has been resolved.