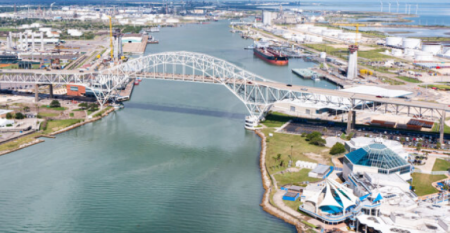 Port of Kaohsiung Wins IAPH 2021 Award for Best Resilient Physical Infrastructure
Sep 01, 2021
The Port of Kaohsiung has been named the honored recipient of the 2021 World Ports Sustainability Program (WPSP)...

Shipping’s decarbonisation becoming a bigger challenge
Sep 01, 2021
It has been evident over the last year or two that there is a growing number of stakeholders who take a great interest in the progress that the maritime industry is making on decarbonisation and the IMO’s targets may not be enough.

Data standards a boon for some, a threat for others
Jul 16, 2021
Standardisation across digital tools and platforms in the maritime industry holds the promise of increased efficiency, but could pose an existential threat to some businesses.

Policy support needed to drive maritime innovation
Jul 16, 2021
Government support for innovative low-carbon propulsion technology is needed to help unlock the shipping industry’s desire to decarbonise, according to a panel of experts.

Scale is key to unlocking fleet efficiencies, says ZeroNorth
Jul 13, 2021
The fragmented vessel optimisation sector can bring more savings and efficiency gains through partnerships and standardisation, according to one leader in the space.
Load More