Focus on Panama
brought to you by 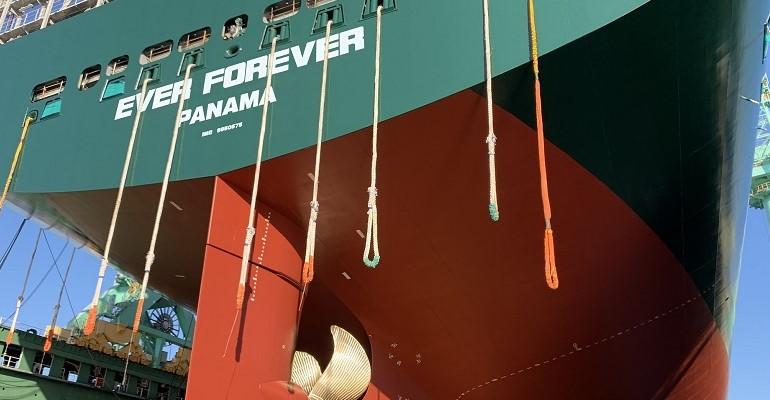 The conflict between Russia and Ukraine has disrupted global trade, endangered vessels and seafarers, provoking shipping casualties regardless of flags and/or nationalities.

Panama, the world’s largest ship registry in number of ships, has had to face the embers of war in the Baltic region while ensuring the safety, welfare, and protection of seafarers on board ships in the areas affected by the military operations.

In the war zone, at the end of March, the ship registry had Panamaflagged vessels stranded in Ukraine and surroundings, and ‘we have 239 seafarers of various nationalities who cannot leave their vessels because of the constant firing of missiles, bombings, and air attacks. These crews are at constant risk, with a situation becoming more and more delicate every day because of the shortage of provisions, fuel, drinking water, and the insecurity of being in a war zone,’ says Rafael Cigarruista, director of the Panama Maritime Authority’s merchant marine and head of the Panamanian Ship registry.

The losses have been important for the Register. Several Panama-flagged vessels were hit by missiles in Ukraine: Namura Queen (IMO 9841299); Lord (IMO 9296315) and two ships were total loss after missile strikes, the Blue Star I (IMO 9375159) and The Helt (IMO: 8402589) that sank but fortunately all the crew was safe.

Taking in consideration the unusual circumstances, the Ship Registry and without altering its policies, is considering the possible extension of contracts on board, and the extension of the validity of the Certificates of Competency of Ukrainian seafarers, who have the biggest problems for repatriation. The Register is helping and working for the repatriation of seafarers when conditions improve, or when a cease fire is agreed upon by all parties.

In the past months, executives from the Panama Maritime Authority (AMP) and Ship Registry visited customers in Asia, Turkey, Singapore, and Japan where they participated in Seatrade’s Sea Japan exhibition-conference, presential for the first time in two years. In Tokyo, the Panama Maritime Authority and the Ministry of Land, Infrastructure, Transport and Tourism of Japan (MLIT) signed a Bi-lateral Cooperation Agreement concerning the mutual recognition of training and certification under Regulation I/10 of the International Convention on Standards of Training.

Panama has prioritised a purging process for its fleet, where those vessels that incur in noncompliance situations – including sanctions imposed by the United Nations and for fishing vessels that incur in an act associated with illegal fishing (IUU), are sanctioned or cancelled from the Registry.

The incorporation of new processes, improvements in its service platforms and the application of new service models, work tours and meetings with clients and strategic partners have marked year 2021. A particular effort has been made to promote the quality of the Panamanian fleet, which has allowed to end the year with an overall compliance of 96%, in relation to the various Memoranda of Understanding to which Panama belongs.

At a time when the maritime industry has high standards in terms of environmental issues and international transparency, the Panamanian flag has done what is necessary to align itself with these objectives. The Panama Registry has several incentives that promote clean energies such as those that encourage new constructions and ship owners who opt for ships with new technologies protecting the marine environment.