Container supply chain disruption could hit shipments through to Christmas 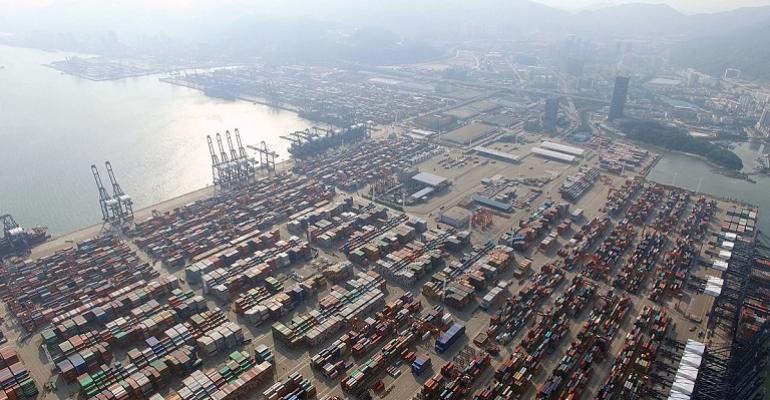 The Ever Given may well be on the move from the Suez Canal, and Yantian International Container Terminal (YICT) back up to full operations, but China’s Covid-19 quarantine efforts could impact shipments as far out as Christmas, warns project44.

As Seatrade Maritime News reported earlier this week YICT says it now back at full operations handling around 40,000 teu daily across some 20 berths. However, the impact of the disruption, characterised as far greater than the Ever Given blocking the Suez Canal by Maersk, continues to be felt at ports across South China with disruptively high dwell times according project44.

“The data suggests that disruptions related to China’s Covid-19 quarantine efforts could extend well into the year, impacting seasonal shipments as far out as Christmas,” the analyst said.

The rolling seven-day average dwell times at Yantian were 12.9 days for outbound from the Port of Loading and 4.2 days for inbound cargo at the Port of Discharge.

Project44 noted that the high dwell times suggested the was still working its way through the massive backlog that built up in the previous month. Factories are also reported to have paused production due to lack of space heralding supply chain delays for months to come. 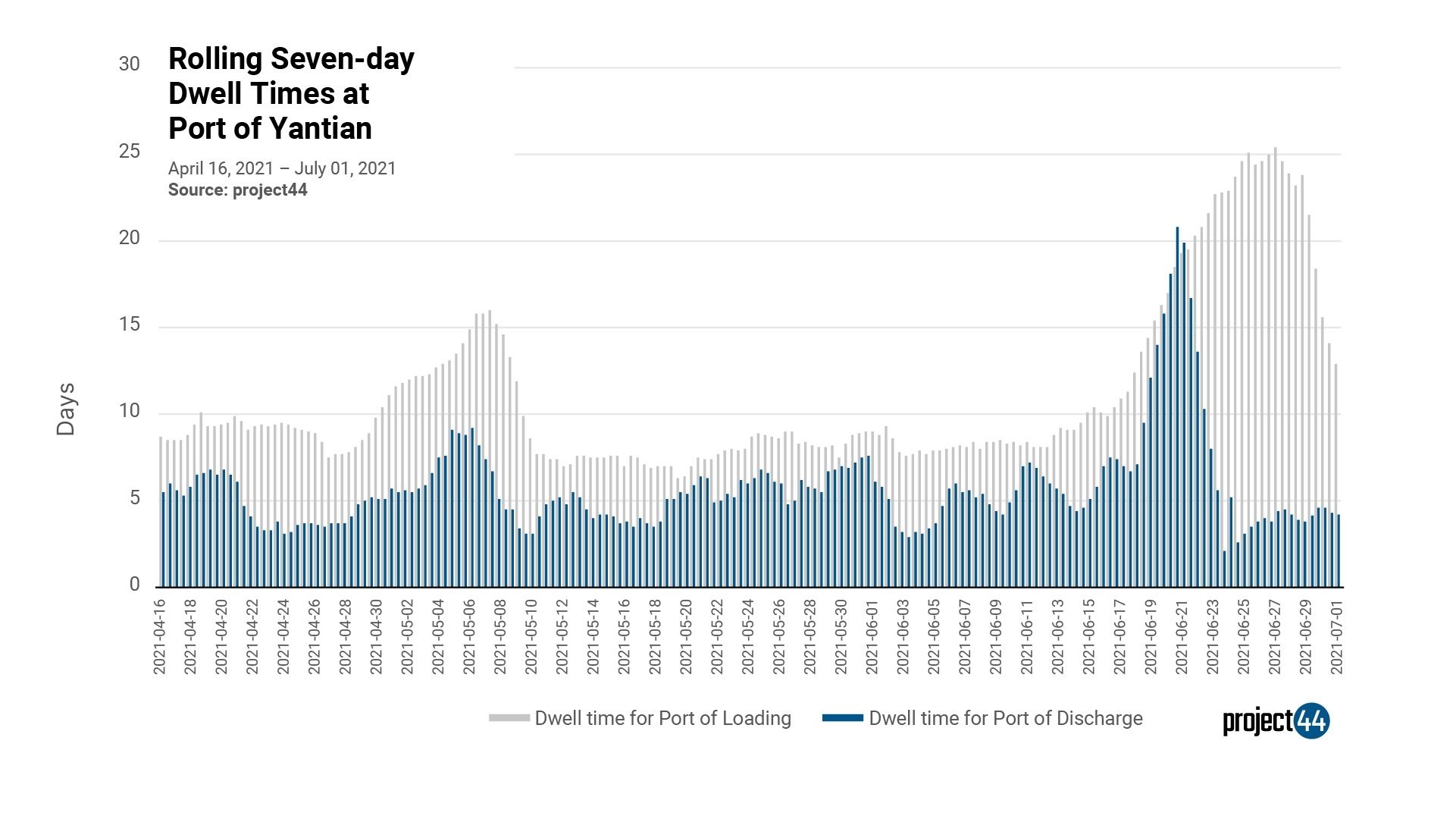 “While we can see that cargo is moving through the port again, this event is shaping up to be one of the most disruptive of the year,” said Josh Brazil, Vice President of Marketing at project44. “

Meanwhile online freight rate benchmarking platform Xeneta noted that the ripple effects of disruption extended well beyond the initial source of the problem.

Xeneta CEO Patrik Berglund, commented, “Of course, in a connected industry the ripple-effects of disruption are everywhere. In Europe, we hear of vessels from Asia being delayed by up to three weeks, while some carriers are now omitting selected port calls all together, much to the chagrin of shippers. 2M recently announced it would not be stopping at Rotterdam on its Asia-North Europe loops for the next seven weeks, with THE Alliance following suit. Maersk and MSC, meanwhile, are skipping Hamburg on their AE7/Condor loop for another four weeks due to ongoing congestion.”