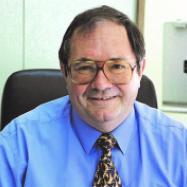 An Australian with over 40 years experience as a journalist and foreign corrrespondent specialising in political and economic issues, David has lived in Greece for over 30 years and was editor of English language publications for Greek daily newspaper Kathimerini in the 1970s before moving into the Akti Miaouli and reporting on Greek and international shipping.

Managing editor of Naftiliaki Greek Shipping Review and Newsfront Greek Shipping Intelligence, David has been Greek editor for Seatrade for over 25 years.

Cyprus seeks EU support package for ship register
Jan 19, 2023
Cyprus has proposed a series of measures to the European Commission to halt defections and bolster the shipping industry hit by European sanctions on Russia following its invasion of Ukraine.

Shipping an easy target for regulators over bigger polluters
Nov 24, 2022
As the shipping industry is navigating the winds of change it is to blame for it becoming the focus of world regulators rather than other much heavy polluters, according to John Platsidakis.

Elefsis Shipyards resurrection moves closer
Nov 21, 2022
Pending final court approval, an agreement has been signed for the reorganisation and transfer of Greece’s second largest shipyard Elefsis Shipyards, west of Piraeus, which has been basically dormant for a decade.

Greek owners adopt wait and see approach on alternative fuels
Nov 14, 2022
Only a minority of Greek shipowners’ are opting alternative and dual fuel engines on their newbuilding orders.