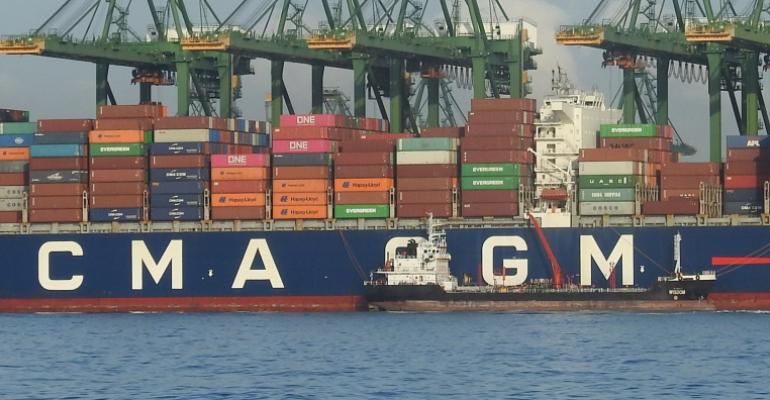 Container spot rates have fallen by 10% for the fourth week running as increasingly looks like the sector could be in for a hard landing.

The bell weather Shanghai Containerized Freight Index (SCFI) has lost another 10.4% over the last week to be recorded at 2072.04 some 240.61 points lower than week earlier.

The SCFI is now 59% lower than it was in January this year when it stood at all time high of 5,051 points.

It was a similar picture for the Drewry World Container Index (WCI) which reported a 10% week-on-week fall on Thursday to $4,471.99 per feu. It the 30th week in a row that the WCI has fallen and the index is now 57% lower than the same period last year.

Rates are expected to continue falling and Drewry said it expects the index to decrease in over the next few weeks.

As Seatrade Maritime News reported yesterday lines have responded by aggressively pulling capacity from major trades ahead of the Golden Week in China, but still rates continue to fall. According to Xeneta capacity on the trade between Asia and the US West Coast is 13% lower than it was in the same period in 2021 – the equivalent of 21 ships of 8,000 teu – the average vessel size on the trade.

“And still, the spot rates are falling… which is bound to impact on the long-term contracted agreements in the near- to mid-term. Are we beginning to see a wakeup call for carriers after such a prolonged period of growth?” said Peter Sand, Xeneta’s Chief Analyst.