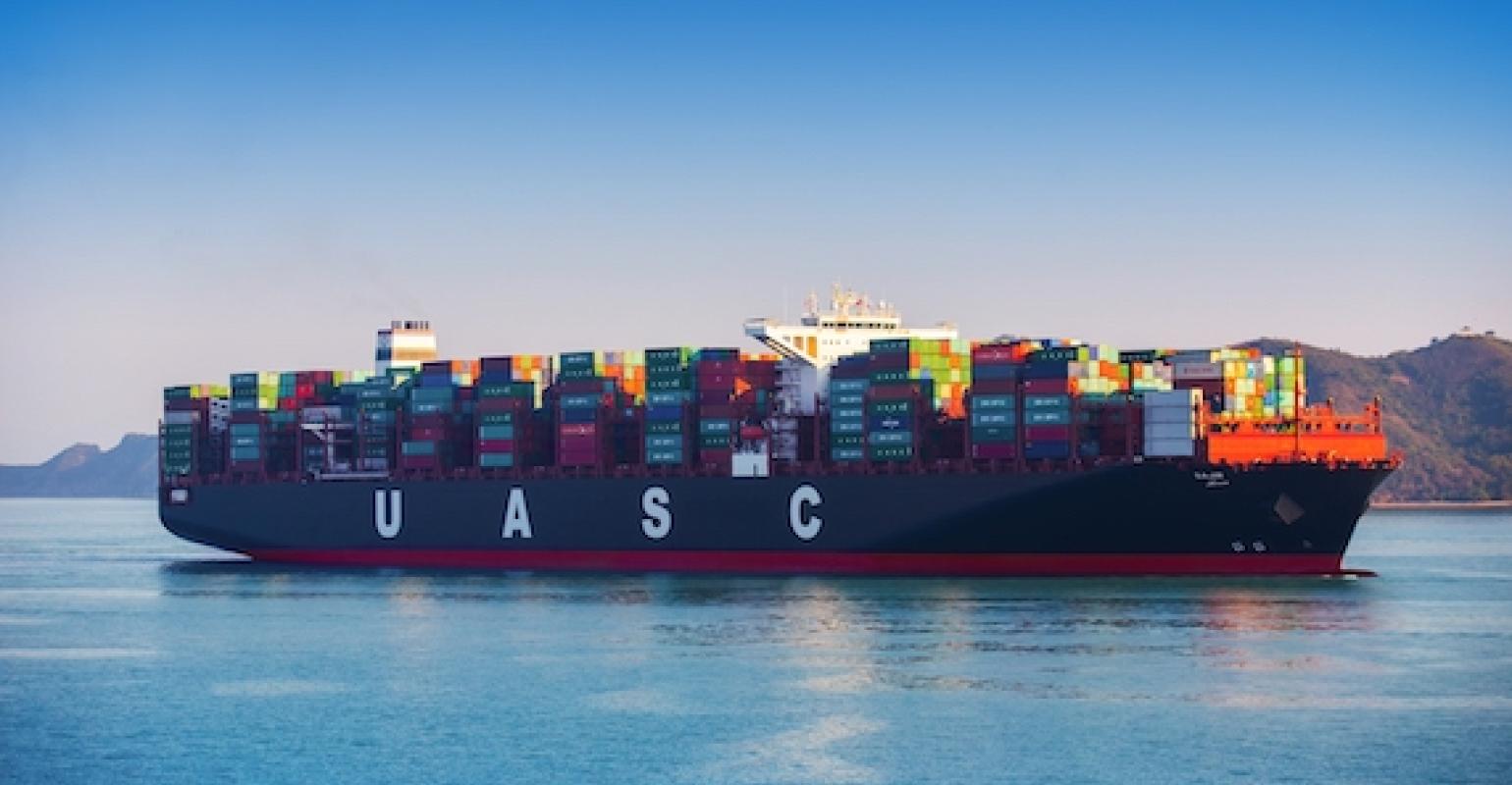 Germany’s Hapag-Lloyd has booked the HFO-to-LNG conversion of its 15,000 teu ‘LNG-ready’ container ship, Sajir, acquired in its 2017 take-over of UASC, at China’s Huarun Dadong Shipyard.

The project to convert the existing MAN Energy Solutions’ ME-GI engine, booked for May 2020, is expected to take 105 days and cost $30m and will be the largest container ship engine conversion to date.

Anthony Firmin, Hapag Lloyd’s coo, affirmed yesterday that if the pilot project is completed successfully, as expected, another 16 large LNG-ready container ships acquired in the UASC take-over are likely to undergo similar conversions. New ships ordered by the company in the future are also likely to be powered by LNG.

This was a strategy, he explained, to comply with existing fuel regulations and likely new ones in the future. Even 0.1% sulphur fuel is far in excess of shore regulations for vehicles, so further SOx regulations are likely in the future. The project should result in carbon dioxide savings of between 15-25% – probably around 23%.

The ship’s conversion will mean the loss of about 300 teu in cargo carrying capacity but the conversion is expected to yield substantial benefits, both financially and environmentally. LNG prices are continuing to fall, Firmin pointed out, and may well continue a downward path.

Captain Richard von Berlepsch, Hapag-Lloyd’s managing director, fleet management, stressed the significance of the project. Not only is it the largest engine conversion of any container ship so far, he said, but it will also demonstrate that retrofits are possible.

The company’s remaining LNG-ready vessels comprise two groups of 15,000 teu and 19,000 teu vessels, all of which were originally ordered by UASC. The Sajir, a ship in the smaller 15,000 teu range, was chosen for the pilot project, von Berlepsch said, because fuel storage requirements will take up less cargo capacity.

The conversion is complex despite the fact that the vessel is described as LNG-ready. Although the MAN engine is ready for retrofit, fuel management, storage and automation all present challenges. The 6,700 cu m GTT membrane fuel tanks will be located immediately forward of the engine room, with a bunkering station directly above.

The ship will need to take on fuel twice on a round-trip voyage in the company’s Far East Loop 4 service between Asia and Europe. Bunkering hubs will be Shanghai, Singapore and Rotterdam.

Hapag-Lloyd is funding the conversion itself, without support from the European Union, because the ship is deployed for more than 50% of its time outside European waters. Although the vessel, classed by DNV GL, will fly the German flag and be manned by an all-German crew, the project does not qualify for German Government grants under current regulations. These are currently under review.