The latest maritime and shipping news and insight from Asia, Europe, Americas and the Middle East & Africa. 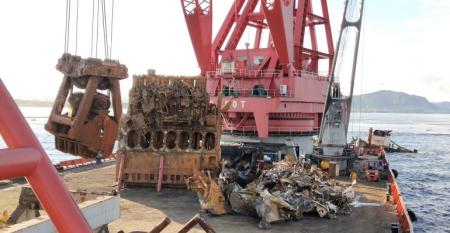 Under 8% of supply chain professionals prepared for Brexit changes
Jan 20, 2022
Further regulatory changes related to Brexit have come at a difficult time for logistics companies, according to...

Shipping’s energy transition – the role of biofuels and carbon offsets
Jan 20, 2022
The energy transition for shipping is not just about the fuels themselves, and companies need to broaden their horizons to talk about the carbon footprint on a wider, according to Søren Høll CEO of KPI OceanConnect.

OEM digital solutions are for OEMs, not owners
Jan 19, 2022
Shipowners and operators reap the benefits of an independent, unbiased vessel optimisation solution, the owner of one such...

Newbuilds drive skyrocketing Chinese seafarer wages and repatriation headaches
Jan 19, 2022
Wages for Chinese seafarers have continued to soar on the back of demand for crew onboard newbuildings, while repatriation at the end of contracts has turned into a difficult and costly challenge.

Floating wind takes off in Scotland
Jan 18, 2022
Shell and ScottishPower are to develop the world’s first commercial-scale floating wind farms off Scotland’s north-east coast, generating a total of 5 GW of energy.
Load More