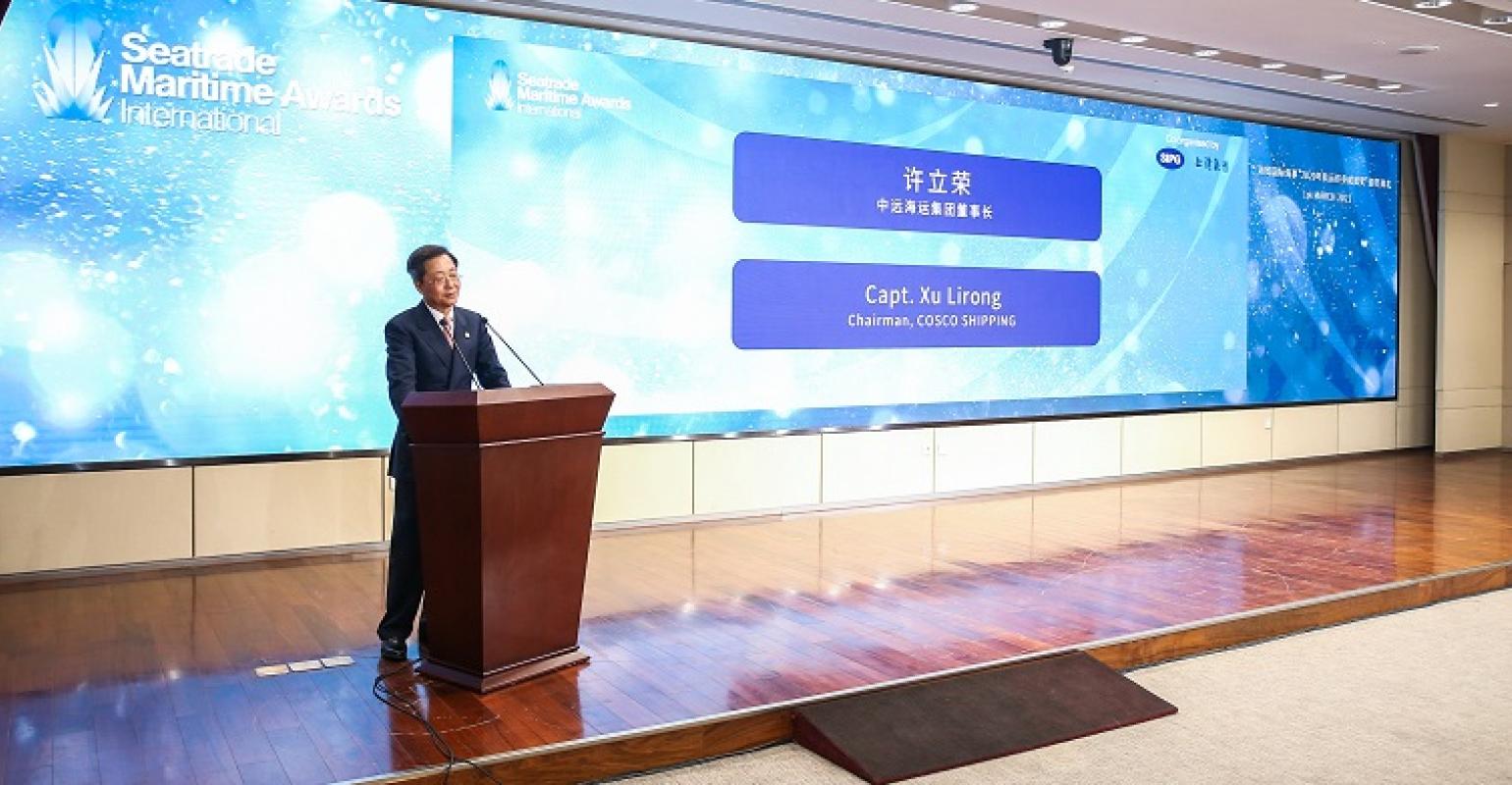 The celebrations from Seatrade Maritime Awards International 2020 were extended on 1 March as its Lifetime Achievement Award was officially presented to Capt. Xu Lirong, Chairman, China COSCO SHIPPING Corporation during an internal ceremony in Shanghai, China with live participation in the UK from Seatrade Chairman, Chris Hayman.

The Lifetime Achievement Award, which recognises an individual who has made a significant and lasting contribution to shipping and the maritime industry, was presented to Capt. Xu Lirong and is the final award to be announced as part of Seatrade Maritime Awards International 2020, which have been co-organised with Shanghai International Port Group (SIPG). The ceremony for Seatrade Maritime Awards International 2020 had originally taken place on Friday 6 November 2020 where nine further individuals and companies from across the international shipping industry were recognised.

Described by Chris Hayman, Chairman of Seatrade as a “major figure in this industry with a reputation extending around the world”, Capt. Xu Lirong’s association with maritime began in 1975 as a seafarer before he became China’s youngest sea captain at the age of 26 in 1983.

Since coming ashore, Capt. Xu Lirong was appointed as the first president of the Shanghai Shipping Exchange ahead of orchestrating the reform of COSCO’s container shipping system; a process which defined the development of China’s container shipping industry in the years ahead.

Capt. Xu Lirong has since been appointed chairman of COSCO Shipping in 2016, a role from which he has led the world’s largest shipping company through a period of restructure and reform.

More recently, Capt. Xu Lirong has been fully occupied in matching China’s engagement in the global economy by exploring new channels of international cooperation in shipping and logistics whilst also promoting a new ecology and a digital transformation for international shipping.

“With a career spanning nearly 50 years, Captain Xu Lirong has made a massive contribution to the development of shipping in China and around the world, through his unwavering commitment to high standards and quality in this industry.  We are delighted to recognise his significant contribution on a global stage,” said Chris Hayman, Chairman, Seatrade.

It will return in 2022 as part of the wider Seatrade Maritime Awards portfolio, which includes three programmes taking place in 2021 in association with Lloyd’s List.

Each awards programme provides a transparent and accessible platform for businesses of all sizes to showcase the best of industry achievement before culminating in an awards ceremony.