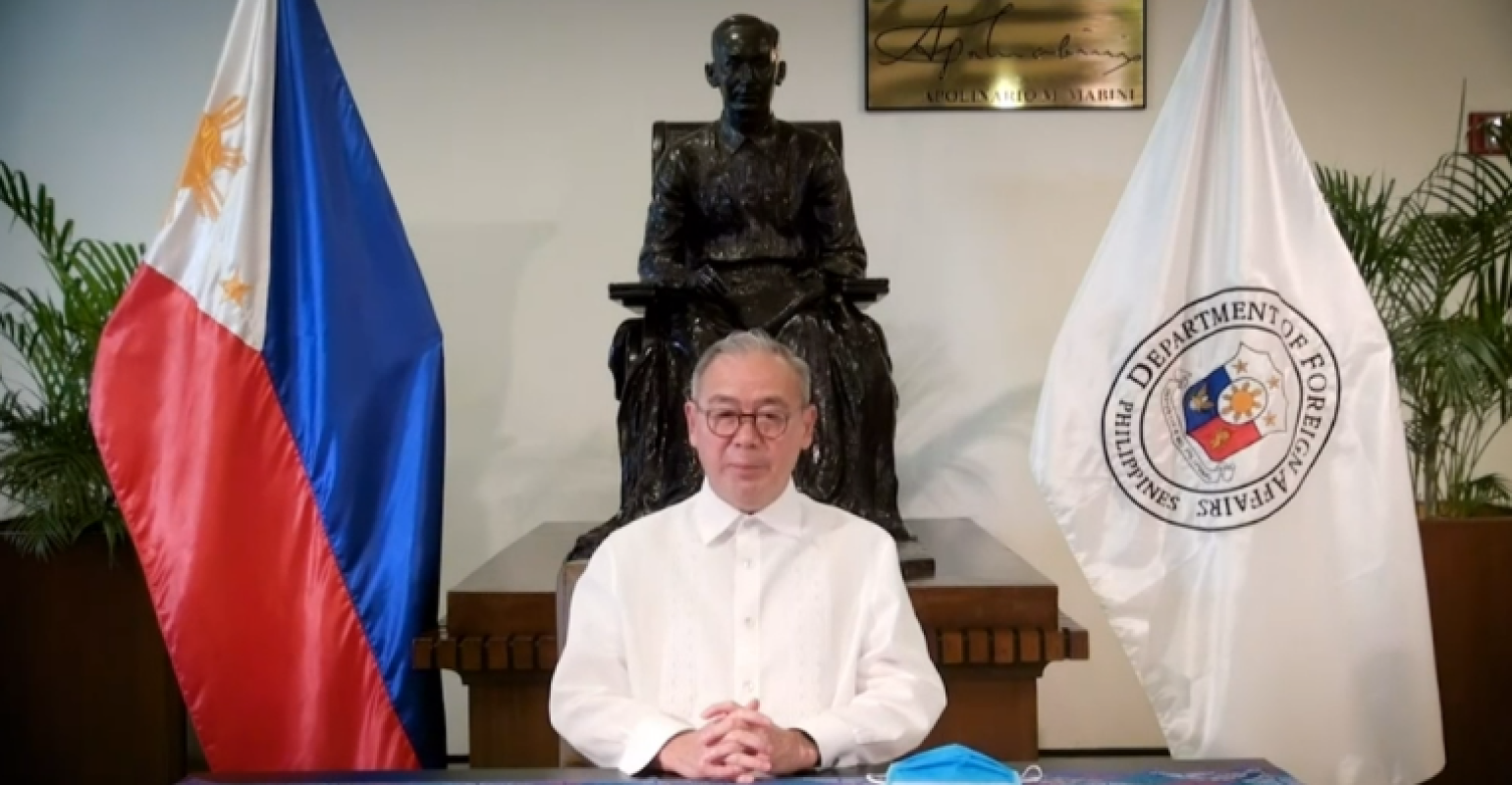 Theodoro L. Locsin Jr, Secretary of Foreign Affairs of the Philippines at Government in video address to Crew Connect Global 2020
It’s not been the easiest of years for the Philippines crewing industry with the crew change crisis and lockdowns at home and across the globe but the elephant in the room remains the European Maritime Safety Agency’s (EMSA) ongoing issues with seafarer training standards and the STCW Code.

This year’s Crew Connect Global event, normally held in the Philippines capital Manila, but virtual in 2020 due the Covid-19 pandemic, was dominated, as might be expected, by the crew change crisis and related seafarer welfare issues.

An update by Theodoro L. Locsin Jr, Secretary of Foreign Affairs of the Philippines at Government of the Philippines, at Crew Connect Global covered how the Philippines has tried to alleviate the crew change crisis, but also touched on the apparent outcome the latest EMSA audit of the country’s maritime training systems compliance with STCW in February and March this year.

The comments made by Secretary Locsin did not sound exactly positive: “Those on European bottoms earn the most, and by the way they are about to be disaccredited because our maritime schools are not up to European standards. The EU told me they’d miss our seamen, they learn very fast, the adapt quickly to new technologies, but standards of competence are standards of competence, and if our schools don’t make the cut our seafarers are dead.”

A threat of a ban on Filipino officers serving on EU-flagged ships has hung over the country’s crewing industry for many years since the Philippines failed an EMSA STCW audit over the standards of the country’s training institutes in 2006, and multiple audits since.

Secretary Locsin has a reputation as a colourful character who speaks his mind, and being a bit of a loose cannon, so interpreting his remarks requires some work in understanding the current situation.

The final report by EMSA following the audit in February and March this year is yet to be published, however, the Philippines Maritime Industrial Authority (MARINA) has been briefed on its contents and it’s described as an open secret that many of the maritime schools did not pass the audit.

What action is to be taken by the EU is yet to be decided with the final report not yet presented to DG MOVE (Mobility and Transport), a process that has now understood to be have been delayed until next year. This staves off a potential ban on Filipino officers on EU for the time being, and gives some more breathing space to address the issues at hand.

Some in Philippines crewing industry point rightly to the fact that most graduates of the sub-standard schools never actually serve at sea on international trading vessels.

It is a quirk of the Philippine private maritime education system that while it churns out around 25,000 to 30,000 graduates a year less than 20% ever serve onboard vessels. It is evidenced by the substantial investments made by major ship managers and owners in training facilities in the Philippines that these companies ensure their Filipino recruits are up to international standards.

This begs the question of why not simply shut down the schools that don’t make the grade? While some have been closed down, these schools are private concerns, and private and political interests are involved.