Giants of the Sea – the legacy of Malcom McLean 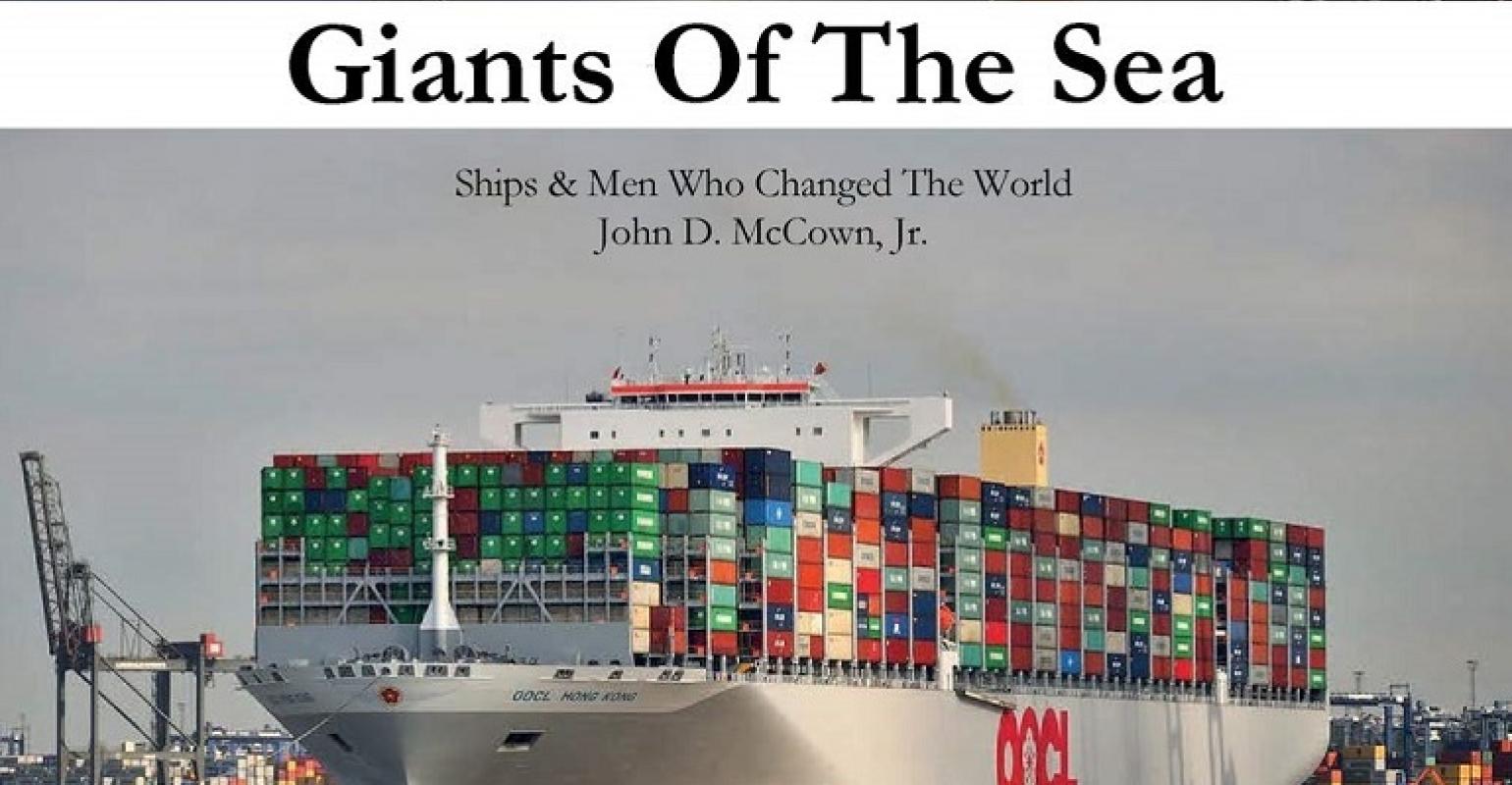 Giants of the Sea, published late last year by industry veteran John McCown, Jr. is a book about bigger and bigger vessels, with unique insights into a group of visionary larger-than-life shipowners who contemplated, designed and ultimately constructed them.

But the central focus of this insightful volume is on the acknowledged inventor of containerization- Malcom McLean, McCown’s boss for more than two decades, and mentor in the business.

In an industry that is now on the cusp of another technological revolution- concerning all things related to alternative fuels, McLean presents something of a paradox. His trucking company- the launching pad for the beginnings of container transport business that became SeaLand, had grown to be one of the USA’s largest, due to McLean’s shrewdness and single-mindedness, ok- sheer toughness, against a highly competitive backdrop. Yet he recognized that for containerization to work on a large scale, standardization was required, and he freely promulgated specifications for containers - rather than attempting to hold on to intellectual property.

Related: Container freight rates up 346% in a year

McLean’s  foray into containerization was wildly successful in the 1960’s; he was included in the prestigious “Forbes 400” list of the world’s wealthiest individuals after having sold SeaLand to RJ Reynolds in 1969 for $530m.

But the logistics and transport business was evolving throughout the 1970s, with McLean growing increasingly restless from the sidelines. In 1979, the year of the second oil shock with its staggeringly high fuel prices,  he bought a group of aging US shipping players, including one-time behemoth US Lines. Shortly thereafter, the new entity, which took the mantle US Lines, placed an order from Daewoo Shipbuilding for twelve, 4,000 teu, “Econoships” - at that time, the world’s largest!

By the time that the ships were delivered in the mid-1980s and placed in a round-the-world service, a recession still clouded trade and oil prices had dropped. The reconstituted U.S. Lines ships, with their 18 knot service speeds, were less desirable than high speed rivals.  In 1986, U.S. Lines declared bankruptcy.

The “lessons learned”, honestly and truthfully recounted by McCown, transcend the maritime business. Being a fierce individualist, McLean was reluctant to take counsel from those outside a tight personal orbit. With a persona not unlike that of the other owners profiled in the book - Ole Skaarup, C.Y. Tung, and D.K Ludwig among others - this trait obscured and greatly clouded the strategic vision that would have been needed as containerization was becoming rapidly infused into supply chains.

Though his initial vision and solution in the mid 1950’s had been spot on, the industry-wide sea- changes in logistics brought about by his very invention no longer conformed to what he could anticipate, or control, three decades later.

The book offers analytical rigor in addition to the insightful biographies, with detailed chapters on shipyards and flagging, the growth of China, geography/ ton miles/ trade flows, as well as on the US merchant marine among other topics. Not surprisingly, with the author having an MBA from the prestigious Harvard Business School, there are also important lessons on financing structures embedded in the narrative.

But the book really stands out when recounting the story of McLean, which could only be told by someone such as McCown, who worked alongside McLean from the late 1970s through to his death, at age 87, in 2001. In the early 1990’s McLean had founded Trailerbridge, a container on barge service linking Jacksonville, Florida with Puerto Rico- a brutally competitive trade, McCown became its Chief Executive, serving through 2009.

Most interesting to me, besides the anecdotes and “up close and personal” vignettes, were McCown’s forward looking views on the business- focused on the container sector but with applicability across. In a nutshell, he observes that the industry- with digitalization and decarbonization coursing through it, needs to “get its financial house in order”, with cargo interests paying full freight. Though the book was completed six months prior to the recent reports of Home Depot chartering in a vessel amidst stratospheric hires for containerships and costs for moving boxes, this observation is very prescient.