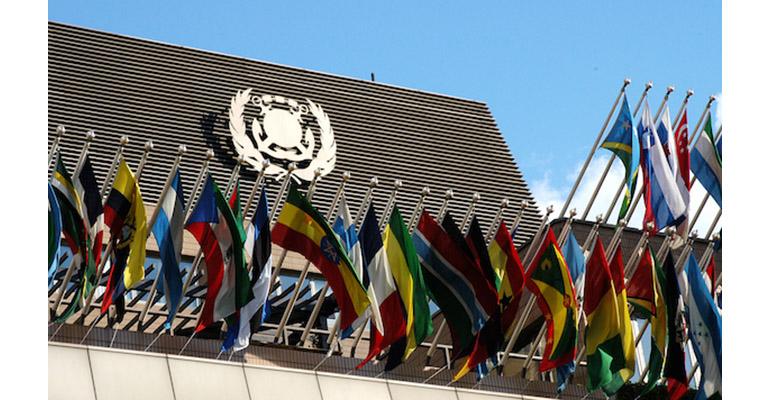 The IPCC special report Global Warming of 1.5c summarised that human activities have estimated caused 0.8 to 1.2 degrees c increase of global temperature and under current pathways most likely to reach 1.5 degrees c increase between 2030 to 2052.

It suggests urgent short-term solutions needed to cut down GHGs by 48% in 11 years in order to meet the Paris Agreements objective.  Upon this, all global sectors are further pressured to act upon greenhouse gas (GHG) emissions. Accounting to 2014, 3rd IMO Study on GHGs, identified that maritime transport emits around 1000 million tons of CO2 annually and its only responsible for 2.5% of global greenhouse emissions.

The climate change regime and the shipping industry

The 1995 UNFCCC referred to GHGs for the first time, regulating GHG emissions from shipping was challenging due to its cross-border engagement. In early 1996 the Subsidiary Body on Scientific and Technological Advice (SBSTA) of the UNFCCC tried to regulate GHG's from shipping but couldn’t come to an effective decision. Since then the UNFCCC chose to transfer the responsibility to the IMO to resolve the issue. This very decision is mentioned in article 2(2) of the 1997 Kyoto Protocol, which gave the mandate to IMO to come up with a solution addressing all its stakeholders to take possible measures to reduce GHGs. As a result, IMO took its first step towards adopting the Resolution 8 to the International Convention for the Prevention of Pollution from Ships (MARPOL) on “CO2 Emissions from ships,” requesting the IMO to conduct a study on GHG emissions and to consider strategies for CO2 reduction. as a result, adopted technical and operational measures (EEDI, SEEMP).

“Since the 1997 Kyoto Protocol, it took 14 years for IMO to adopt with 2011 Annex VI amendments to MARPOL 73/78 shows the complication regulating GHGs from the industry”

The IMO has had to tackle a number of specific regulatory challenges, including how to allocate emissions to individual states, how to determine the appropriate regulatory roles for the UNFCCC and the IMO, how to choose among different regulatory tools to achieve a notable reduction in shipping GHG emissions, and how to balance the interests of developed and developing states and other stakeholders.

So, what are these principles?

Today more than any time in history we see social activism on climate change aiming different ideas and concepts to tackle the issue. However, under the framework of UN when regulating GHGs from atmosphere, negotiations between stakeholders were under two propositions. One is different treatment among member parties based on justice and fairness which is represented by the principle “Common but Differentiated Responsibilities (CBDR)” other is equal treatment among all member parties also called “No More Favorable Treatment (NMFT)”

The conflict centres on the question of how to harmonize the “CBDR” principle and the “NMFT” principle when regulating GHG emissions from international shipping. The entire negotiation process regarding GHG emissions reduction within the IMO has been shaped by the fundamentally different approach between states on the view of this principle. Since regulations and economic development plays a huge role in the marine time industry IMO is tasked with creating a fair feasible mechanism to address all sectors.

It was also clear that late-developing states as China India and Brazil strongly disagree of setting an overall cap on shipping GHG emissions, reduction adding to the same interest group some international shipping associations opposed any binding cap on the international shipping sector’s total CO2 emissions but suggested that the IMO adopt aspirational objectives based on the results of the three-phased “Data Collection System.”

The joint submission of China and India in March 2017 a proposal which in regard to the “Comprehensive IMO Strategy on the Reduction of GHG Emissions from Ships.” projects a future settlement of agreeing towards a proposal that incorporates both the CBDR and NMFT principles.

The Proposal of Key Measures to Reduce GHG Emissions from Shipping, submitted by Canada at the MEPC 71st Session, states including Canada and the Republic of Korea strongly acknowledge that “No More Favorable Treatment” should be the only guiding principle when addressing IMOs GHG competence.

Since 2004, China came forward to submit several statements and proposals expressing its support towards the CBDR principle considering the shipping industry Chinese documents offer ways and justifications for applying the CDBR principle.

Even though IMOs adoption of EEDI and SEEMP in July 2011, is applying equally to all ships of 400 gross tonnages or above and not considering the nationality of the ship, the interests between developed and developing states are clearly represented during the negotiations. The CDBR principle for GHG emissions regulations are preferred by in particular large developing states, as China, India, Brazil, and South Africa.

However, the 2011 adoption of amendments to MARPOL Annex VI, which ingrained the NMFT principle, was not welcomed by developing states such as China and India as they immediately submitted reservations in a fully objective manner, China asserted that they would not accept the amendments as they did not reflect the CBDR principle.

The most important is that the principle of CDBR helped the countries to negotiate the issue of climate change, still, it’s not the right time to say if the principle helped to give positive results. However, after decades of negotiations of the climate change regime two observations are clear,

2)     Basically, all countries value their national image globally and don’t want to be quoted as a polluting country.

These two scenarios are closely monitored and implemented as tools of the Paris Agreement; one is the “National Determined Contributions (NDCs)” in order to give member states full control of their actions highlighting the national Sovereignty. The other is “Transparency”. NDCs give the countries to determine their contributions towards achieving the target of the agreement while transparency gives a public awareness making the states publicly shamed for not complying. These two mechanisms work hand in hand as many developing nations are quoted as climate champions while some developed nations are politically shamed in public.

IMO should consider working on this mechanism in order to bring forward the National Determined Contributions of the shipping industry as a bottom-up approach to comply with the IMO's GHG strategy, this could open up a whole new forum of transforming the ports into digital monitoring systems coordinated by the IMOs MTC network. Second is improving transparency in order to publish the results of IMOs data on a public database especially to organizations located out of London.

This is an area IMO is still unable to find a suitable answer, if you have any comments or suggestions kindly write to me on [email protected]

The opinions expressed herein are the author's and not necessarily those of Seatrade Maritime or Informa Markets.