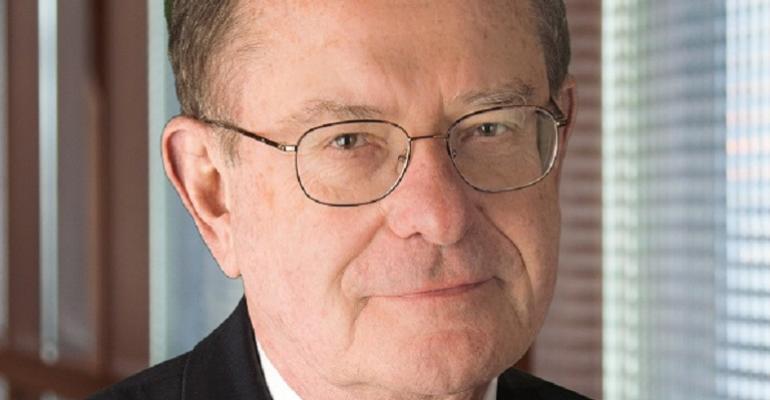 Peter Keller, SEA\LNG
The future of fuels for shipping, as the industry looks towards 2050, is teeming with possibilities. One influential consortium which has sought to guide the industries moves away from oil-based fuels towards a carbon free future is SEA\LNG.

The group’s members include shipowners, ports, oil companies and engine manufacturers. A  study sponsored by SEA\LNG, conducted by researchers at CE Delft and released earlier this year, looks closely at two fuels currently in the “niche” category, which could be part of the multi-decade voyage towards de-carbonization-  liquefied biomethane (LBM) and liquefied synthetic methane (LSM). Importantly, “These fuels can be transported, stored and bunkered in ports utilising existing LNG infrastructure,” according to SEA\LNG.

SEA\LNG, with a very practical mindset looking at the fueling infrastructure, notes that, among the vast array of potential fuels: “Today, and for the foreseeable future, LNG is the only viable fuel for deep-sea ocean shipping which improves both air quality and GHG performance.”

The organisation, headed by liner shipping veteran Peter Keller, who spearheaded the efforts of US flag carrier TOTE Maritime towards LNG fueling, suggests that: “Alternative fuels are unlikely to be ready for decades. Some “zero-emissions” fuels such as hydrogen and ammonia are actively promoted despite being, at this stage, nothing more than conceptual solutions or early-stage pilots.” Infrastructure issues for these alternative fuels are also cited as being problematical.

The two fuels in the CE Delft study could be made available in large quantities as byproducts of increasingly widespread “green” technologies on the land side, with LBM produced from biomass, which includes agricultural waste, and LSM produced from carbon capture at industrial plants, though more uncertainties surround LSM supplies.

Looking out over the next 10 years, to 2030, the SEA\LNG group posits that IMO targets for reduced carbon emissions from ships could be met, by LNG fuels in conjunction with EEDI-driven improvements in vessel design. Taking a long-term view, spanning the decades out to 2050, when zero carbon fuels for shipping may become commonplace, SEA\LNG notes: “LNG dual-fuel engines can accelerate decarbonisation of the shipping sector. Not only do they enable significant GHG reductions to be achieved now but, they offer the industry a realistic decarbonisation pathway.”

They add: “This pathway has been proven with little or no modifications through the use of LBM and, in due course, LSM as drop-in fuels.”

This infrastructure includes an increasing number of ports supporting LNG bunkering, in conjunction with a growing fleet of LNG fueling barges that effectively expand the bunkering range. SEA\LNG pegs the size of the bunkering fleet at 13 vessels as of July, 2020,  with an additional 28 on order and/or undergoing commissioning. Clean Jacksonville, a 2,200 cu m LNG barge, has been  fueling TOTE’s vessels Isla Bella and Perla del Caribe which run between Jacksonville, Florida and San Juan, Puerto Rico.