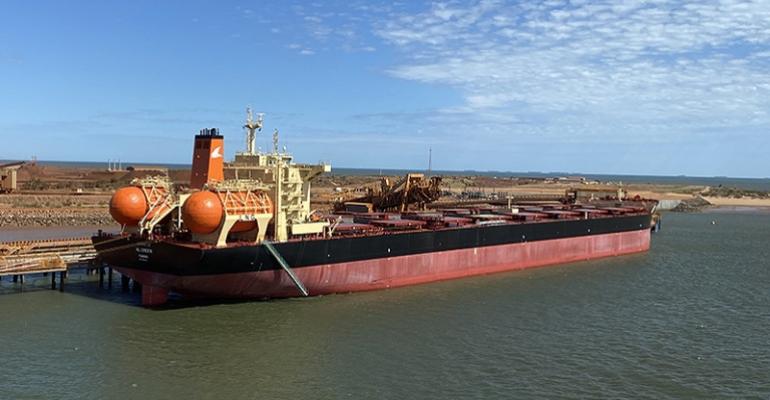 There was something reassuringly positive about that ancient phrase found in charter parties which required the chartered vessel to “proceed with utmost despatch and without deviation” to her eventual destination.

There could be no equivocation or doubt in the master’s mind; he was called upon to ensure that the ship went like the clappers, to make her number at the arrival port, just as soon as wind, weather and the ingenuity of the engineering staff permitted.

It didn’t, of course, mean that the definition of what constituted “utmost” could not be the subject of a subsequent dispute, if the charterer felt that the colourful account of the severe weather the ship had encountered might have involved a certain hyperbole. Or maybe the speed advertised by the owner’s broker had been on the optimistic side, like those advertisements that suggest the range of an electric car is twice that which practice sadly proves. But both sides of the contract surely understood what was expected of the ship and her performance.

But in the age of sustainability, with the pressure to “optimise” a ship’s speed to arrive so that days are not idled at anchor, far more uncertainties start to creep in. We all know that there is a strong environmental case for burning less fuel, but a long ocean passage through possibly inclement weather can involve a fairly elastic estimation of the word “optimise” and the ETA can become a moveable feast.

There are more interests involved than those of the charterer and the ship that has been hired. The arrival port is an important third party in this marriage of convenience and needs to co-operate in the quest for efficiency. If the dockers decide to go slow, or the ship unloader breaks down with a ship on the berth, it is futile to suggest that the voyage of a subsequent ship en route will not be affected.

There is also, in a world where suspicion and entitlement regrettably abound, a need to ensure that any benefits from the efficiencies of the “just in time” voyage are properly shared, which implies an increase in the level of transparency between parties.

It is clearly to everyone’s benefit that there is a reduction in fuel consumption, emissions are minimised and there is less wasteful hanging around at anchor. But can this be equably monetised? Co-operation and co-ordination are important elements here, if “just in time” isn’t going to involve new and exciting dimensions for lawyers specialising in “arrived ship” disputes.

The new clause for bulk sector voyage charter parties announced recently by Bimco has been designed to address such problems that might prevent JIT working. It gives charterers the right to ask owners to optimise speed to meet a specified arrival time and enables the voyage to proceed without breaching charter party obligations.  Under the organisation’s imprimatur, it provides a proper contractual framework under which the parties can agree a strategy for the voyage that benefits both efficiency and the planet. You might ask what’s not to like. Just in time operations have worked in the liner trades and although the bulk sector is more fragmented, there ought to be no real reason, given goodwill and understanding between the parties, why it should not become routine in this huge and important branch of the industry.

You might also argue that meaningful efficiencies on passage will become more important if the tranche of environmental regulations now in the pipeline start to bite, with ships expected to demonstrate improvements in their carbon intensity indicators and their annual efficiency ratio. The mysteries of both are only now being digested by the industry. Additionally if power is to be limited in the future, and we don’t want to end up with more ships to carry the same amount of cargo, “optimum speed” will become a more familiar term.