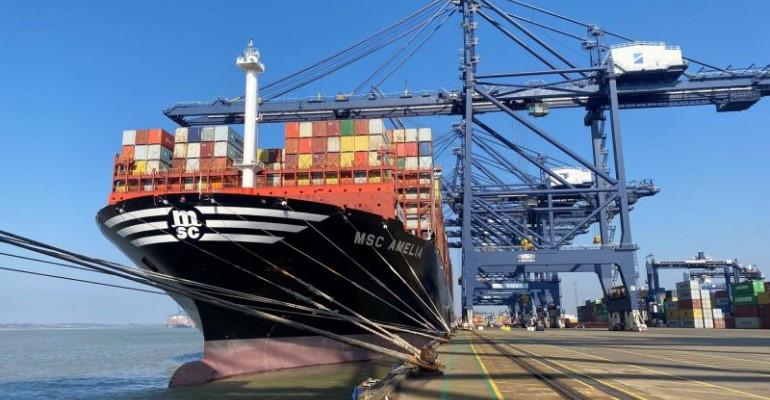 A planned strike by dockworkers at the UK’s largest container port – Felixstowe – could disrupt $800m in trade.

Some 1,900 members of the Unite Union are set to go strike from 21 – 28 August at the Port of Felixstowe after talks between employers and the union broke down a week ago. In late July 92% of union members voted for strike action over Felixstowe Dock and Railway Company offering a 5% pay increase to its workers.

With workers now set to walk out of the UK’s largest port on 21 August Russell Group has used its ALPS Marine analysis to calculate the value of goods that will be impacted by the strike action.

The total impact was put at $800m in trade, with clothing accounting for some $82.8m of that figure, and electronic components a further $32.3m. The figures are based on analysis of previous August trade flows at the Port of Felixstowe.

Suki Basi, Russell Group MD said:  "The disruption at Felixstowe spells more uncertainty for businesses, consumers and governments alike. Ports across the globe are facing congestion, due to a large backlog caused by the pandemic.
“As our analysis has shown today, these strikes could increase the backlog and in doing so, create even more delays, and the effects of this will only be registered in the coming weeks and months."

Related: Port of Felixstowe congestion could hit $2.7bn worth of UK imports

Disruption has dogged the global supply chain since the onset of the Covid pandemic over two years ago and this year in Europe has been exacerbated by port worker strikes in major ports such as Hamburg.

Felixstowe not only handles large volumes of UK imports but also exports with $108m moved to Rotterdam and $138m to Hamburg. Smaller ports in the UK are seen as potentially benefitting from the strike with volumes and services diverted to other terminals in the country