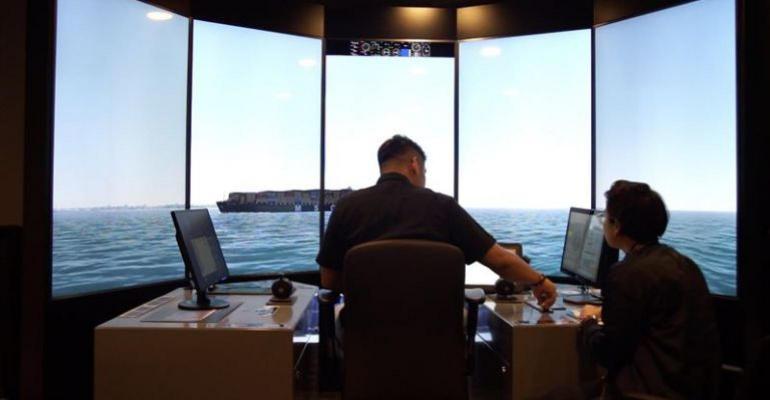 It is inevitable that intelligent supply chains will be developed but the degree to which they are adopted will depend on both greater acceptance and more investment.

A panel at the Sea Asia 2021 virtual conference saw a range of expectations on digital adoption. At the outset there seem to be more challenges than optimism but this has been balanced against a bold prediction from Wartsila Voyage that we might be able to see the first fully autonomous ships calling in Singapore and Hong Kong in 10 to 15 years.

For example, Kuehne+Nagel Asia Pacific Sea Logistics senior vice president Casper Ellerbaek was under no illusions that a common data platform "will remain a dream" because the wide range of positions among supply chain players would result in different platforms being used.

This mainly arises from the conundrum among players of everyone wanting more visibility in the supply chain while also wanting to keep data proprietary.

As a result, while APIs and the blockchain are common industry buzzwords, neither is being fully optimised because until API's become more fully integrated, the latter is being used more for data storage than information exchange. "We need to work towards enhancing data pools," Ellerbaek suggested.

Wartsila Voyage Asia Pacific Small Port Business Development Manager Antoine Gatinaud noted that there are many inefficiencies in the port sector and a data exchange platform will help reduce these.

However, he was also ready to admit that there are challenges to achieving the goal of a Just-in-Time port call system. The first among these was the need to rethink traditional port procedures and practices. Contractual obstacles and the lack of trusted global standards for data exchange were other barriers.

Yusen Logistics Process Innovation Group head of research Tetsuya Haraoka also pointed out that conservative mindsets within the industry were a tricky challenge because they made the move towards automation a sensitive topic. He noted that with its links to productivity and customer satisfaction it can create anxiety among staff.

Providing some optimism however was Rainmaking Transport director for Open Innovation Angela Noronha. "Anything you have data on you can optimise," she said.

Noronha pointed out that the trend is towards greater integration of sustainability, resilience and visibility in the supply chain and companies must start thinking of meeting these demands from customers in one package.

This is something that Kuehne+Nagel is already taking steps towards, noted Ellerbaek. Building systems to provide more information to its customers on sustainability for example,  is essential because they will demand this in future and to some extent there will be a push factor in getting supply chain players to provide this.

The good news for the local participants of Sea Asia is that Singapore is seen as the Silicon Valley of shipping innovation and is leading the way on digital solutions.

Gatinaud highlighted the positive role the Maritime and Port Authority of Singapore and the port are playing in boosting digitalisation while Noronha said that while the US and Europe were early movers in digitalisation, Asia has caught up quickly.

Asia has a somewhat unique market and countries like China and India have come up with customised solutions for last mile delivery for example, she said. Meanwhile governments in the region have also been putting in a lot of effort in various digitalisation initiatives.

Looking ahead, while Noronha does not see full supply chain digitalisation in the next 20 years, she anticipates a greater merging of different types of technology.

Ending with a spark of optimism, Gatinaud said that in addition to seeing more ports accepting digitalisation in the next decade, if the right steps are taken we can expect to see the first autonomous ships calling ports in the region in 10 to 15 years.