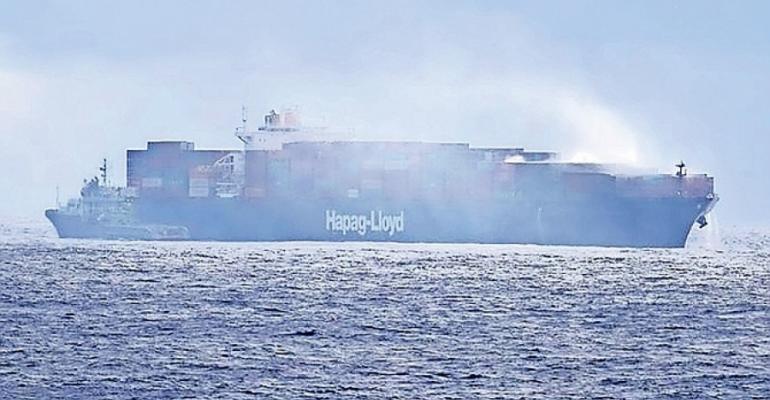 The fire damaged containership Yantian Express is expected to arrive in Halifax, Nova Scotia on 19 May, over four and a half months after it was originally due to call at the Canadian port.

Ocean Network Express (ONE), alliance partner of Yantian Express owner Hapag-Lloyd, said in a customer advisory that the vessel was tentatively expected to depart Freeport, Bahamas on 15 May for Halifax, Nova Scotia with an ETA of 19 May, to offload cargo that was undamaged in the fire.

All undamaged containers have been reloaded on the vessel, and departure on 15 May is final class approvals, arrival of spare parts and completion of repairs.

The Yantian Express suffered a container fire in the Atlantic on 3 January while on a voyage from Colombo to Halifax, Nova Scotia, and the severity of the fire forced the crew to abandon to ship while salvors brought the blaze under control. The damaged vessel then sailed to Freeport, Bahamas where damaged containers were unloaded and repairs undertaken.

Insurers for the Yantian Express declared General Average on the casualty, however, as one week ago General Average and Salvage security was yet to be paid on one-third of the damaged boxes. Security needs to be paid for the containers to be delivered in Halifax.

Read more: Shippers yet to pay security on one-third of undamaged containers on the Yantian Express

“We would urgently advise that RHL, the adjusters responsible for collecting security, be contacted by those cargo interests who have yet to put security in place, so that their cargo can be released and delivered,” ONE said.