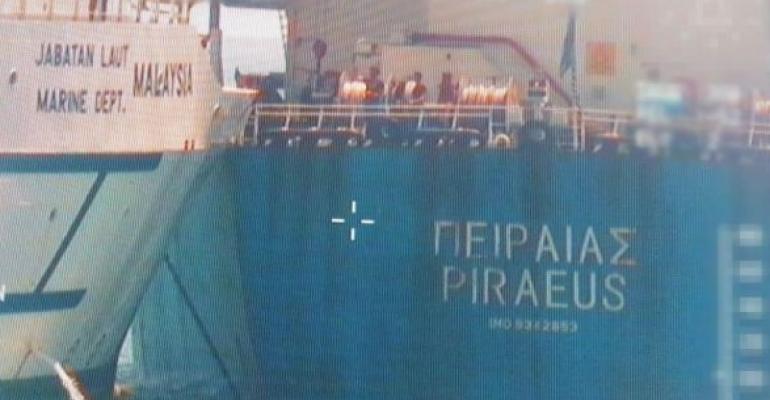 A collision on Saturday between a Greek-registered bulk carrier and a Malaysian government vessel in disputed territorial waters has reignited politcal tensions between Singapore and Malaysia over an ongoing sovereignty claim of sea borders.

On the afternoon of 9 February, the bulk carrier Pireas and Malaysian vessel Polaris collided within Singapore port limits off Tuas to the west, according to a statement by the Maritime and Port Authority of Singapore (MPA). Malaysia’s ministry of foreign affairs, however, said the collision happened “in Malaysian territorial waters”.

Pireas was on its way from Singapore to its next port of call at Malaysia’s Tanjung Pelepas when the accident took place.

“MPA is deeply concerned that the presence of the unauthorised vessels in our port limits can cause confusion for the international shipping community and threaten navigational safety in our waters,” MPA said.

The Malaysia government vessel Polaris was reported to have stayed in the disputed territorial waters since December 2018, after the sea border dispute between the two countries started on 25 October 2018 when Malaysia announced changes to its Johor Bahru port limits, extending them towards Tuas.

“The collision between Pireas and Malaysian government vessel Polaris took place in Singapore territorial waters off Tuas, and in an area that goes beyond Malaysia’s territorial claim of 1979, which Singapore has never recognised. Singapore reiterates its call for Malaysia to withdraw its vessels from the area, as the persistent presence of its vessels clearly poses a threat to safety of navigation in the area. As we have said previously, Malaysia will be responsible for any untoward situations on the ground that arise from continued deployment of its vessels into this area,” Singapore’s foreign affairs ministry stated.

The collision has no reported injuries or oil leakage.

The bulk carrier Pireas has proceeded with its journey to Tanjung Pelepas as the collision was not considered a very serious accident under the IMO Marine Casualty Investigation Code, according to MPA.

The Greek vessel and its crew, however, have been detained by Malaysia’s Marine Department for investigation, according to Malaysia’s ministry of foreign affairs.