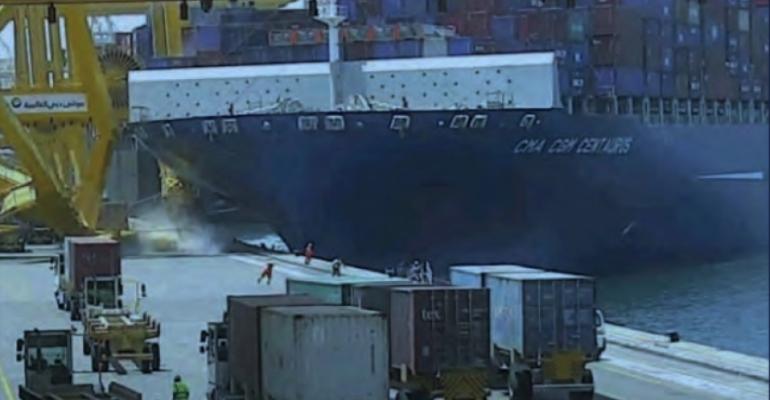 Investigation findings into a dramatic accident involving an MSC containership in Jebel Ali last year topped reader interest last week, while the scrubber debate raged on with some of the largest orders yet seen were made, and Wärtsilä continued on its digital voyage with Singapore partnerships.

The lack of communication between the pilot and Master of the MSC Centaurus was highlighted in a British investigation in the vessel’s collision with a quay wall at Jebel Ali last year that fell a quay crane and in injured 10.

Wärtsilä meanwhile focused on using digitalisation to make marine operations safer including a joint autonomous tug project in Singapore with PSA Marine and the Maritime & Port Authority of Singapore (MPA).

Also in Singapore it was announced that the man who has speared headed many of the port’s digitalisation moves, Maritime & Port Authority of Singapore (MPA) chief executive Andrew Tan, would be retiring from government service at year end.

The scrubber debate continued with Scorpio Group order 146 units, while the Union of Greek Shipowners said they shouldn’t be allowed at all, a statement seemingly at odds with some its own members investments.

ONE forecast to lose $600m in first year due early IT issues, high fuel prices