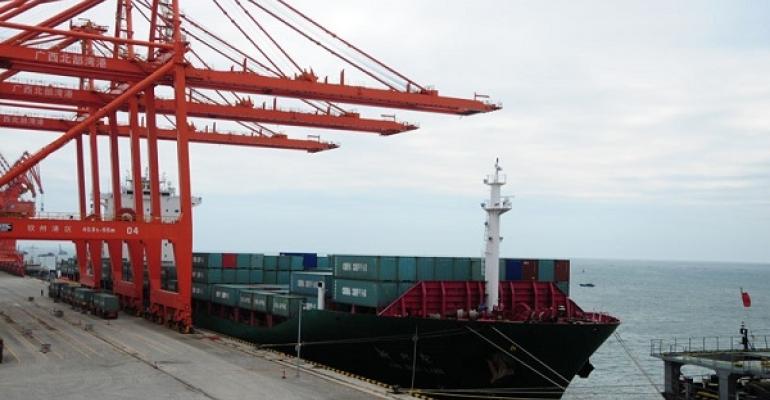 The companies worked on the POC exercise, built on the IBM Blockchain Platform, from August to December 2017, applying and then testing a blockchain-based supply chain platform to track and trace cargo movement from Chongqing to Singapore via the Southern Transport Corridor.

The partners believe that there is now sufficient evidence to show that the concept can be taken to the next stage, they said in a joint press release. The scope of the POC will be widened and the partners are eager to engage more participants from the different nodes of the distribution network that form the supply chain logistics ecosystem, they added.

“We are highly committed to this idea because we as a company believe the wider application of blockchain across the global logistics and shipping businesses will lead to much greater operating efficiencies, security and transparency. It is the future for our industry,” said PIL md SS Teo.

“PSA’s collaboration alongside our partners and relevant stakeholders in this Blockchain trial demonstrates our efforts to enhance physical and digital connectivity, as well as to improve efficiencies along the global supply chain. Ultimately, we hope to create value for our customers along the Southern Trade Corridor – a key route in the Belt and Road initiative,” added PSA Northeast Asia regional ceo Roger Tan.

The Southern Transport Corridor has been touted as a cheaper and faster option for companies in Southeast Asia to reach western China and especially Chongqing. It runs through the southwestern port of Qinzhou in the Beibu Gulf and goes on to Central Asia and Europe via overland rail routes.

In 2015, PSA and PIL entered a joint venture with the Beibu Gulf Port Group to set up a new container terminal in Qinzhou. Later that year, PIL’s Kota Segar became the largest foreign vessel to berth at the new terminal and the line continues to run regular services there.

In January, Maersk and IBM announced they would establish a joint venture to provide more efficient and secure methods for conducting global trade using blockchain technology with the aim of bringing the industry together on an open global trade digitization platform that offers a suite of digital products and integration services.