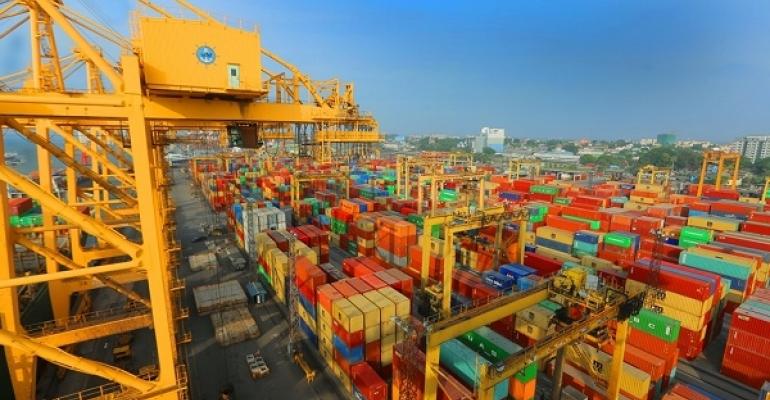 Sri Lanka’s Port of Colombo has been ranked as the world’s fastest growing container port in the first half of 2018 among the top 30 container ports by Alphaliner.

The port recorded growth of 15.6% during the period compared to the previous corresponding period, according to Alphaliner Monthly 2018. This also marked the first time that it has reached the top of a global maritime ranking, in the process leapfrogging many other Asian and major European ports as well as regional transshipment competitor Dubai.

Other fast growing container ports in Alphaliner’s global port rankings and making up the top five behind Colombo’s blistering growth pace are second-ranked Singapore which grew 11.6% in the first six months of the year, followed respectively by Guangzhou (8.6%), Antwerp (8.3%), with Port of Xiamen taking up the fifth spot with a 7.6% growth rate.

The three terminal operators at the port, Jaya Container Terminal (JCT) under Sri Lanka Port Authority (SLPA), the South Asia Gateway Terminal (SAGT) and the Colombo International Container Terminal (CICT) recently signed a Memorandum of Understanding (MOU) to operate collectively to promote the Port of Colombo, which is expected to cut turnaround times. With the new agreement, terminals will also be able to promote the Port of Colombo collectively and collaboratively in the international maritime markets.

The good performance of the SLPA-controlled terminals and especially JCT, was attributed to direct and straight forward decision making, the port said. The Port of Colombo saw record-breaking container throughput of 6.2m teu in 2017.