Sea Japan: Being adaptive most important competitive advantage in the maritime sector 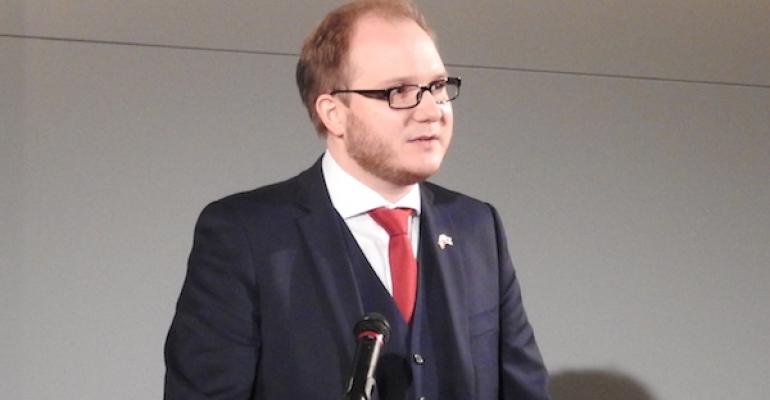 Being adaptive is essential for maritime and ocean orientated industries to compete in a sector facing change and disruption, according to a Norwegian government official.

Speaking at the opening of Sea Japan 2018 in Tokyo, Daniel Bjarmann-Simonsen,State Secretary of the Ministry of Trade and Industry, Norway, said that with the downturns in both the offshore and maritime industries it was once again a time to adapt and restructure.

“Adaptiveness is very important, perhaps the most important competitive advantage in the current situation,” he stated in a keynote address.

With the rise of new technologies the lines between different industries are becoming blurred.

“We are seeing a new wave of disruptive technology and transfer of know-how from one sector to another. Offshore energy is central in the development of offshore wind and offshore fish farming,” Bjarmann-Simonsen said. “I think is only the beginning, knowledge transfer across our ocean industries will only expand in the future.”

Despite the tough times the maritime sector has seen Bjarmann-Simonsen was optimistic about its future and ability to adapt to the challenges ahead. “Optimism is rising, our maritime industry has been, and always will be one of the most international and future orientated. Maritime industry shows an incredible willingness to adapt,” he said.