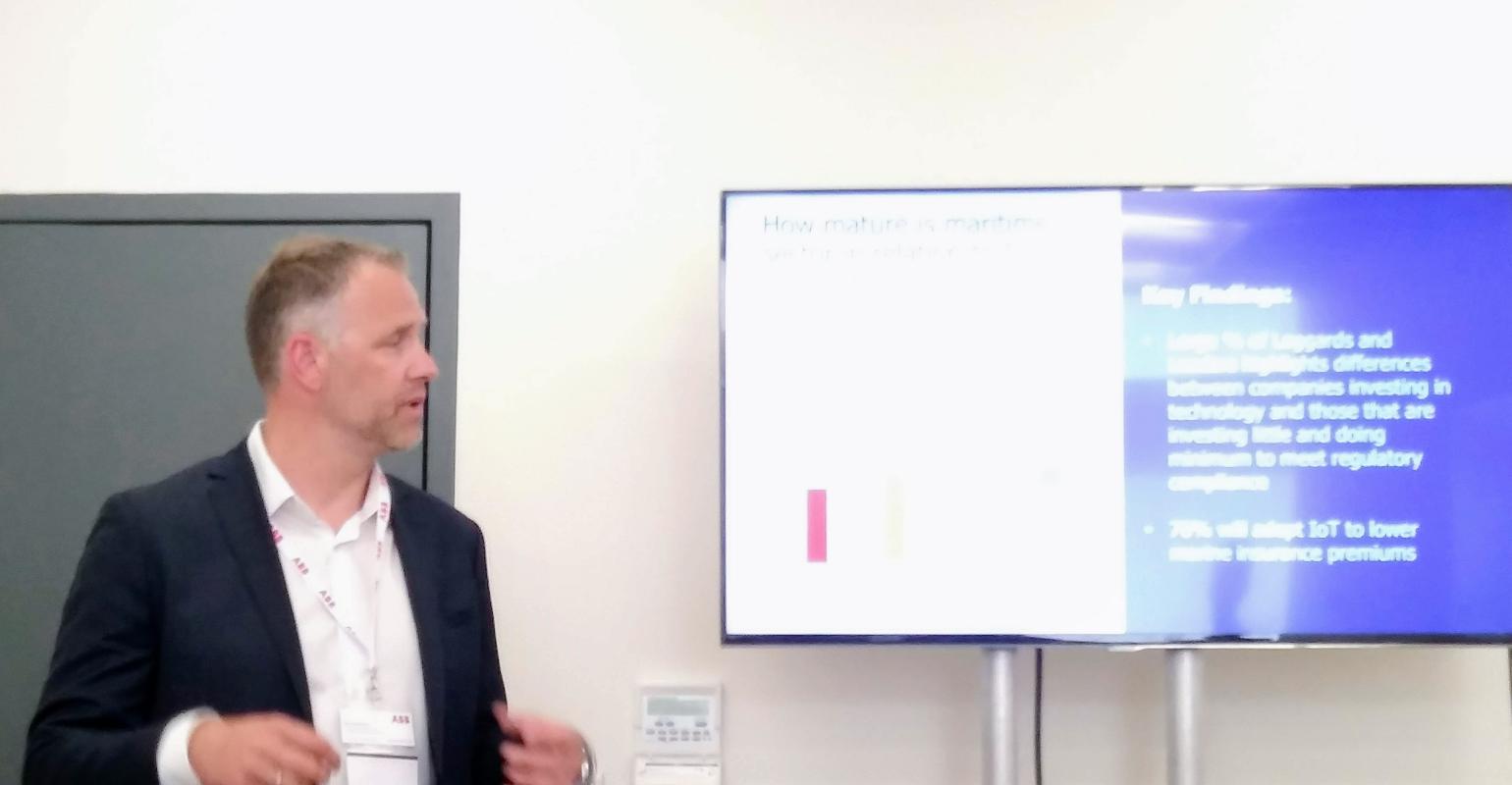 Shipowners are set to spend an average of $2.5m on Internet of Things (IoT) solutions over the next three years based on the findings of a report commissioned by Inmarsat.

The release of the report “Industrial IoT: Maritime” coincided with Posidonia 2018 and presenting it to the media Stein Oro, vp of application sales for Inmarsat said the report showed that of 125 maritime respondents 65% were already using IoT solutions to monitor fuel consumption rising to 100% by 2023.

The report covered a wide range of owners in terms of fleet size with 25 from Greece – the largest group, 20 from Japan and 15 from Germany. Japanese companies were the leaders in terms of adoption of IoT.

“It’s all happening but the train hasn’t started to move yet,” Oro said. The report showed owners planning to make significant investment in IoT over the next few years.

“Respondents suggest that their average expenditure per business on IoT-based solutions will amount to $2.5m over the next three years,” Oro said.

“They say that IoT-based solutions will attract a larger share of their IT budgets than any other ‘next generation’ technology, while early analysis of other segments places maritime ahead of energy, agriculture and mining.”

Greek owners remain conservative on investing in IoT and the report showed their investment over the next three years was 10% below the average. While three-quarters of all respondents plan to fully deploy IoT over the next 18 months for Greek owners the figure was just 40%.