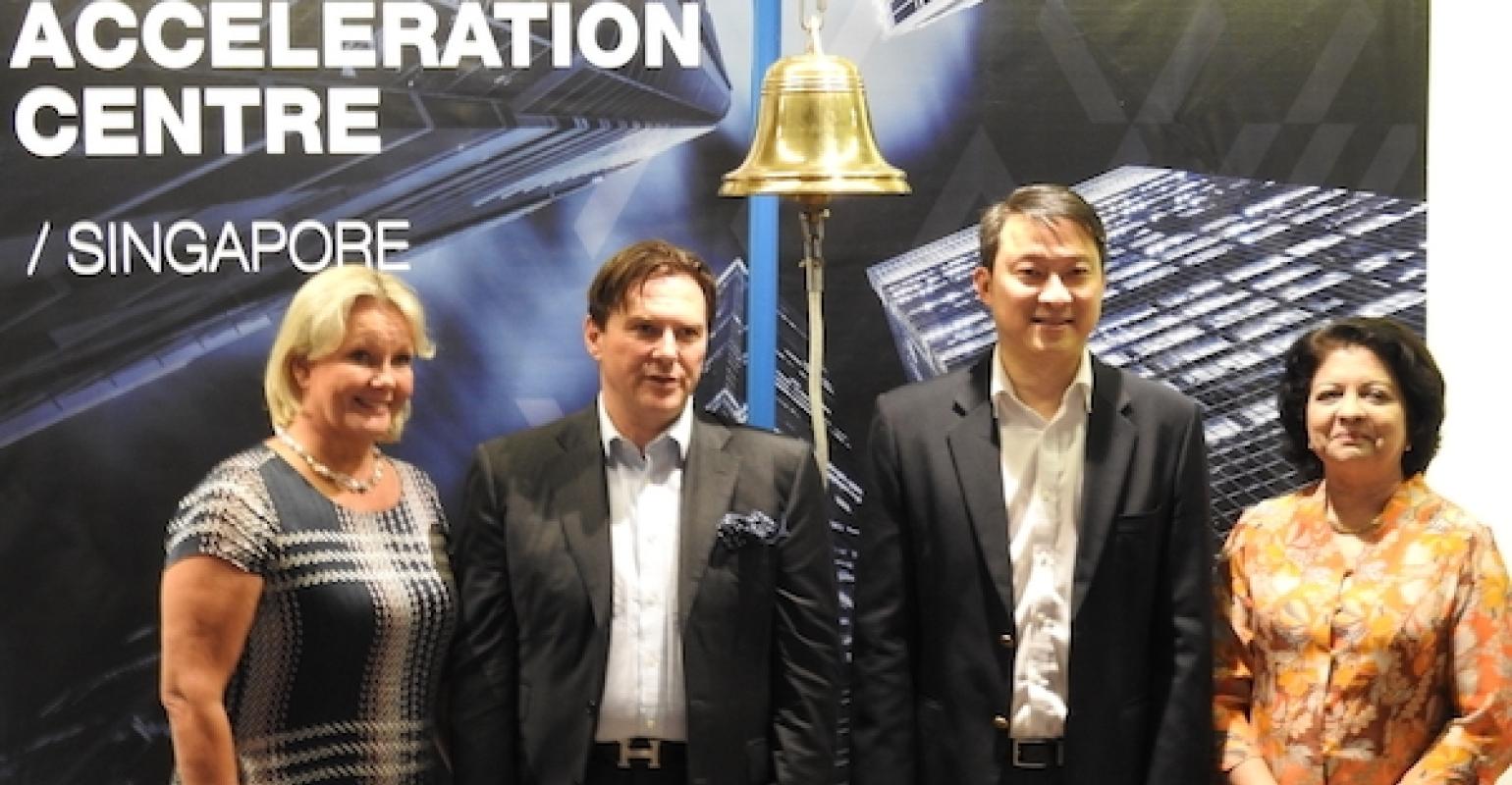 Wärtsilä has opened a technology Acceleration Centre in Singapore with its first project to develop an autonomous tug, or IntelliTug, in partnership with the Maritime & Port Authority of Singapore (MPA) and customer PSA Marine.

Six months on from a Memorandum of Understanding signed between the Finnish technology company and the MPA on intelligent vessels, connected smart port operations, cyber-physical security, and digital acceleration with start-ups, the centre represents a concrete milestone in collaboration.

Alid Dettke, VP Open Innovation for Wärtsilä, told Seatrade Maritime News, “Here today we have a very tangible milestone which is our physical presence with the launch of this Acceleration Centre.”

But it is not just about physical office space, but also the start of real collaborative projects.

“We didn’t just want to launch a centre and place, we actually want some real activity,” she explained. This comes in the form of the IntelliTug project with the MPA and harbour towage provider PSA Marine designed to develop intelligent harbour vessels that work safely in a busy port such as Singapore.

“We’re going to be putting together a programme around an autonomous harbour tug. A true co-creation effort with these different stakeholders.”

One of the big fears when autonomous shipping is mention is the potential loss of jobs at sea, but Dettke sees the initial aims of the project as making manned operation more efficient and safer, rather than replacing human crews.

“A lot of people when you talk about autonomous think about unmanned, but when we talked about this whole challenge with our customer it was not so much about that, it was much more about safer, smarter, more efficient and actually less pressure on the crew,” she explained.

Dettke said the development was though, “with a view that eventually there may be an unmanned scenario, but not with the emphasis on that”.

The project will involved the test bedding of technologies on board a tug from PSA Marine with real life operations. This will start in 2019 in Singapore port waters.

Speaking at the launch of the centre Marco Ryan, Chief Digital Officer & Executive Vice President Wärtsilä, said PSA Marine would be providing one its newest vessels for the project and he quipped that they “promised not to scratch it”. In terms of what will be tested on the vessel Dettke said: “In the first phase we’re using some of these technologies more related to autonomous navigation.”

While the IntelliTug is the first project that is being undertaken by the centre it is planning to undertake other collaborative projects in areas such as smart connected ports.