Concerns Ever Given seafarers likely to face legal action 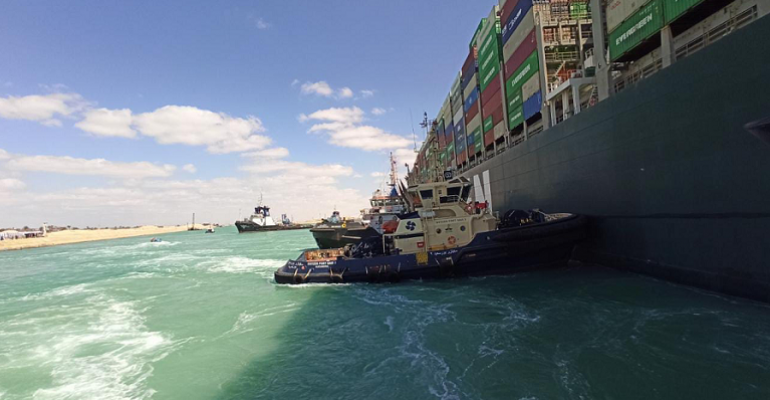 While the containership Ever Given heads for the Great Bitter Lake for inspection following six days blocking the Suez Canal, there is a major concern about how its crew comprising 25 Indian nationals will be treated by the Suez Canal Authority.

Both the Indian government and Indian seafarers’ organisations are concerned about the legal issues that the crew may face, including the possibility of criminal negligence charges.

According to sources in the shipping industry, one of the possibilities is that the Master and some of the crew may be restrained from travelling further, and could be placed under house arrest until the investigation is completed into the cause of the accident.

There have been no reports of pollution or cargo damage, and initial investigations rule out any mechanical or engine failure as a cause of the grounding. Investigations suggest that the vessel ran to ground due to strong winds.

“There is a clear danger that the crew will be made scapegoats,” a senior person associated with the shipping industry is quoted by The Times of India as having said.

Captain Sanjay Parashar, member of India’s National Shipping Board (NSB), said, “Firstly, it has to be ascertained as to how the giant ship ran aground. Facts can be checked by examining and listening to conversations in the ship voyage data recorder (equivalent to the ‘black box’ used in aircraft); one can then come to an understanding as to what caused the mishap.”

Bernhard Schulte Shipmanagement (BSM), which is responsible for the technical management of the vessel, made the following statement to the media: “On 23 March 2021, the container ship Ever Given ran aground while transiting northbound under pilotage through the Suez Canal en route to Rotterdam, Netherlands. Initial investigations suggest the vessel grounded due to strong wind.

“There have been no reports of pollution or cargo damage and initial investigations rule out any mechanical or engine failure as a cause of the grounding.

“All relevant authorities and parties were informed immediately, and tugs arranged by the canal authorities to re-float the ship.”

A spokesperson for BSM told Seatrade Maritime News, “As you know the, the Ever Given is currently in Great Bitter Lake undergoing inspection, and we hope to provide a fuller update on the condition of the vessel and her crew in due course.

“However, I can confirm that all 25 of the crew on board remain safe and well, and BSM is incredibly grateful for their professionalism and resilience as they have worked tirelessly alongside the experts from Smit Salvage and the Suez Canal Authority to restore navigability in the Suez Canal.”

Meanwhile, the National Union of Seafarers of India (NUSI), based in Mumbai, has expressed full solidarity with the sailors on board the Ever Given.

"The NUSI has promised solidarity with all Indian seafarers aboard the Ever Given," said NUSI general secretary, Abdulgani Serang. "I got in touch with them. The seafarers are fine, but stressed. They are not alone, and we will support them whenever required, and in whatever manner required."