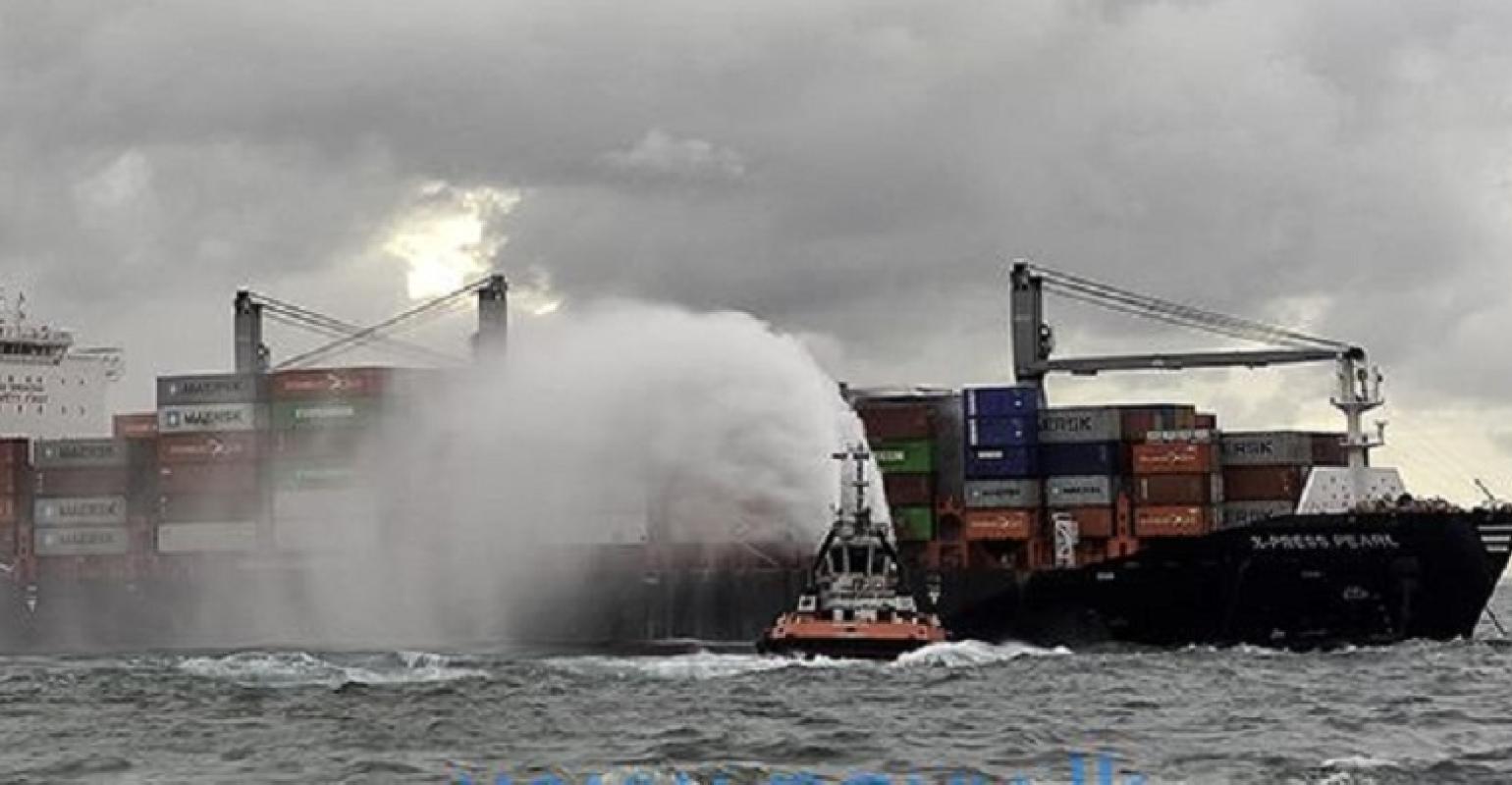 A container fire has broken out onboard the X-Press Pearl while at anchorage in Colombo port on 20 May.

The Sri Lankan Navy went to the aid of the Singapore-registered containership to help put out the fire on the afternoon of 20 May some 9.5 nm Northwest of Colombo port.

According to the Sri Lankan Navy the 2021-built, 1,486 teu containership was carrying 25 tons of nitric acid, several other chemicals and cosmetics from the port of Hazira, India and had arrived in Colombo on 19 May. 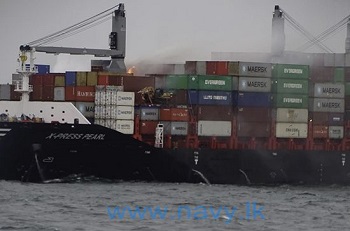 The Navy dispatched two offshore patrol vessels, naval ships Sagara and Sindurala, and a fast attack craft, as well as a Sri Lankan firefighting tug which it said remained engaged in firefighting efforts on Friday.

“Meanwhile, special team comprising Sri Lanka Navy and Ports Authority (SLPA) personnel got onboard the ship in the evening (20th) and inspected the situation onboard ship where they suspected that the fire was erupted due to a reaction to the chemicals being transported on the ship,” the Sri Lankan Navy said.

The vessel operated by X-Press Feeders has a crew of 25 Philippine, Chinese, Indian and Russian nationals.

Container fires are major concern for the industry with misdeclared dangerous cargoes resulting in sometimes deadly fires that can take weeks to extinguish. 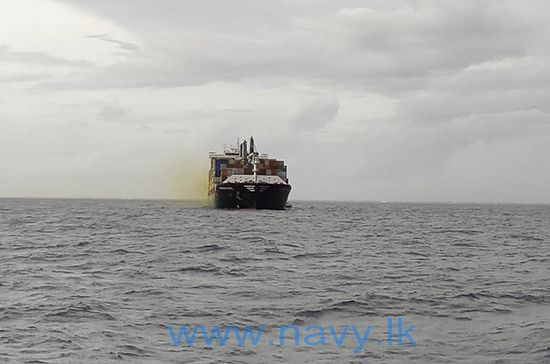