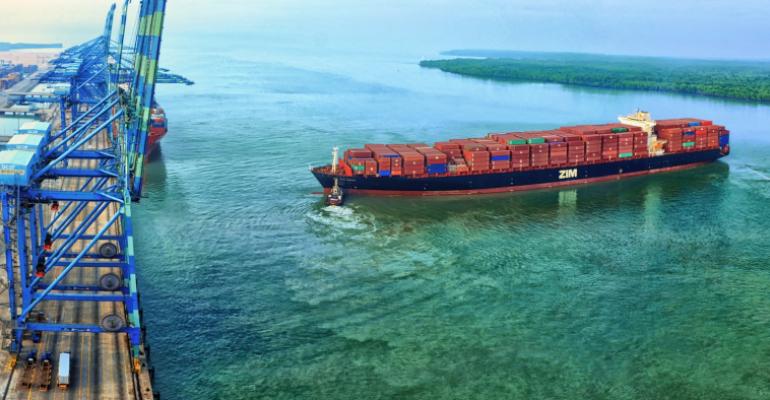 ZIM is turning to artificial intelligence (AI) to identify mis-declared container cargoes before they are loaded onto the vessel, avoiding potnetially devastating fires and loss of life.

The Israeli container line has been rolling out AI-based screening software ZIMGuard which scans shippers’ cargo declarations at an early stage and flags potential cases of wrongly declared cargo.

Shippers mis-declare hazardous cargoes, which require additional monitoring and careful stowage, to avoid higher freight rates such containers incur. This can result in fires which have led to containership fires with severe damage to vessels and loss of lives of seafarers.

The new ZIM system uses AI, including Natural Language Processing (NLP) capabilities and Machine Learning, to analyse shipper documentation and alert the line of omissions and concealment or erroneous declaration of hazardous cargo, in real time. This enables mis-declared dangerous cargoes to be identified before they are loaded onto the vessel.

ZIM has already deployed the system at major ports in China, the US and Israel and it has worked to alert the line of mis-decleraed. cargoes China, in particular, has been seen as source of mis-declared cargoes such as calcium hypochlorite.

Related: Banning dangerous cargoes not the solution to stamping out container fires

“Since launching ZIMGuard, we were alerted to dozens of cases of mis-declared cargo. In view of ZIMGuard’s potential contribution to the safety of the global supply chain, ZIM is willing to commercially offer licensing this system to parties who may be interested in utilizing it,” said Eli Glickman, ZIM president & ceo.

The line plans to roll out the system across all its network by year end.

Some lines have taken to banning cargoes such as calcium hypochlorite, however, this can simply lead to shippers mis-declaring the cargo and try to get it onboard the vessel anyway, as P&I insurers Standard Club pointed out in a presentation last year. The insurer pointed out that dangerous cargoes were safe to carry if stowed properly, however, the problem is when the line does not know such cargoes are onboard the vessel due to mis-declaration.

Captain Zadok Radecker, ZIM global hazardous & special cargoes manager, in charge of cargo security, said: “Coping with mis-declarations of hazardous cargo, which can create a serious risk, is challenging. The new system has proven to be effective and on target. It enables us to identify, investigate and clarify any issue prior to loading, ensuring the safety of the crew and ship, and the safety of the supply chain in general.”