5 steps the shipping industry can take to recruit seafarers 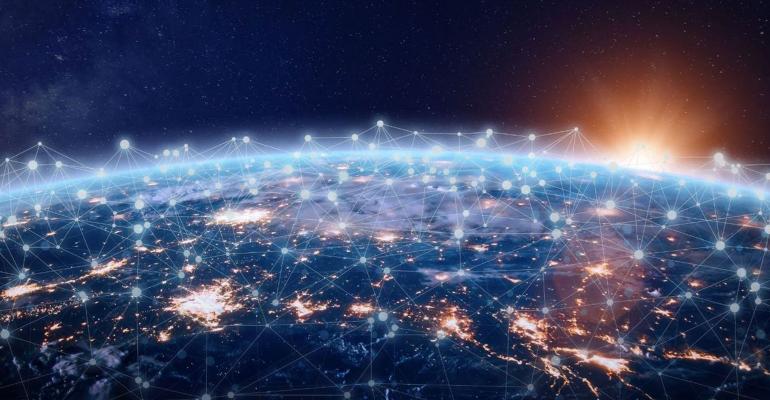 There has been a lot of buzz about how we need to “promote careers at sea” but what are some real, concrete steps that organizations can take to make sure their hiring needs continue to be met into the next decade?

The shipping industry is facing an impending crisis: the BIMCO/ICS Manpower report predicts a potential Global shortage of almost 150,000 officers by 2025. And another study, this one by the Ocean Policy Research Foundation, predicts a shortage of 364,000 seafarers by 2050. There has been a lot of buzz about how we need to “promote careers at sea” but what are some real, concrete steps that organizations can take to make sure their hiring needs continue to be met into the next decade? Here are five pieces of advice that the shipping and maritime industry can utilize to attract and retain seafarers.

An applicant should be able to find you online fairly effortlessly, so it’s important that your company’s website is search engine optimized for job searchers. Part of optimizing your online presence means having a social media strategy - preferably at social channels where your target audience spends time. Forbes describes how Fredrik Tukk, Digitalization Architect at Maersk Drilling, faced the daunting task of hiring 3,000 new employees back in 2014. Forbes relates the story: “His internal research revealed that Facebook would prove a more powerful recruitment tool than LinkedIn because drillers use the networking site to keep in touch with friends and family while they work offshore and with their colleagues when they return home.” Even though he was armed with this data, his ideas were initially rebuffed; the company expected a more traditional recruitment website. But Tukk perservered and used a Global Facebook strategy to successfully build an “employee value proposition” to attract qualified candidates with the goal of hiring 3,000 new staff. 200K followers later, you can see evidence of job inquiries on many of their posts, which average several hundred likes each. You can see the entire Maersk Drilling Facebook recruitment campaign story on Slideshare.

Related: Game-changing challenges and opportunities in maritime, crewing and training

Another example where the effectiveness of Facebook as a recruitment tool is very apparent is the OSM Maritime Facebook page. A post on Facebook of their onshore staff visiting the “Max Pride” vessel gave OSM Maritime Group two job inquiries, 123 likes and several comments. A similar post one week earlier showed 3 interested applicants. Their excellent Facebook page proves that social media is a very powerful way to stay “top of mind” with the audiences you want to reach.

In 2016 44% of searchers on job site Indeed exclusively used their mobile device to search; if you're using your website to recruit job applicants you need to make sure the site is mobile optimized. Profile is a brand-new app, still in Beta, that promises to: “turn the recruitment and professional development sectors upside down” in maritime and offshore. It’s not the first job app in the shipping and maritime industry, a search in Google apps will show you several. However, its functionality and specialized training courses seem to differentiate it from competitors. The ability to have a complete picture of candidates with “live qualification data” just may be the answer to recent trends which have shown a drop in the quality of new job applicants.

Be transparent during the recruitment process about job duties and risks

IMarEST, Sea Vision, Careers at Sea, YoungShipInternational, Marine Industries Leadership Council and the Maritime Informa Connect Cadet Task Force (supported by Intermanager and facilitated by Capt. Kuba Szymanski) are a few of the organizations and programs out there working to increase public awareness of the maritime industry and support those who want to enter maritime careers. Henrik Sloth, Maersk’s Head of Marine HR offered that Maersk Line: “has its own Global Cadet program, which gives a healthy pipeline covering most of our requirements. When we do recruit from the market, we ensure that we have a presence in the area, making our name well-known.”

Change of the current perception – or complete lack thereof – of a seafarer’s life will not happen overnight. Recruiters and human resources need to be equipped with the right responses, as they are in the front lines of handling inquiries from applicants. 2014 study done by Constanta Maritime University advised the shipping industry that public perception of maritime is that “ships are seen as dangerous places where risks are everywhere and daily activities are performed under constant pressure.” They offer this as advice when addressing applicants about these preconceived notions: “convince the seafarer that onboard working conditions are at international levels according to international requirements expressed by IMO and ILO.” Additionally, the study advises hiring managers to be completely transparent about piracy (the general public is very aware that it exists), but to reassure them of the safety measures that are taken to prevent such incidents. Sugar-coating or being evasive about a seafarer’s on the job duties is also highly discouraged. The study authors advise that hiring managers explain, in detail, what expectations are of seafarers as far as overtime and extra duties.

Understanding and awareness of cultures other than your own, or "cultural competence" is not a “nice to have” when it comes to the maritime industry, it's an absolute requirement in order to retain seafarers. The numbers say it all: “almost a quarter of younger officers who have given up a sea career have taken this decision after a bad experience as part of a multicultural crew.” When “80% of the world merchant fleet (is) manned by multi-cultural and multilingual crews” losing young officers due to negative multi-cultural exchanges is something that merits industry-wide attention. As cross-cultural trainer Laxmi Chaudhry advises in a recent Shipping Podcast: “It would be a good idea for the Ship Masters to be aware of the various cultures their crew is made up of and thus they can modify their communication style for better understanding and efficient working."

Environment and lifestyle is important, recent studies show, especially to millennials or generation Y, and relations with the crew and management are of course a part of that. A 2010 study had this to say in their argument for paying attention to the quality of life onboard: ”Money is an important factor; however people do not (or are more reluctant to) leave a happy place; especially one in which many have a “personal interest” in. In quantifying this approach, the investment in simple facilities would most likely be significantly less than the cost incurred by poor retention levels (if successful).”

Recruitment is a global activity

A 2014 report on “Current Challenges in the Recruitment and Retention of Seafarers” states: "the traditional maritime nations of Europe, Japan and North America have relinquished their leading role in supplying seafarers during the past decade to now be replaced by the eastern countries such as the Philippines, China, and India, all of which are expected to dominate the seafarer market in the coming years”. This data is a few years old, and statistics now show that most seafarers now come from China, the Philippines, Indonesia, the Russian Federation and Ukraine, but the point here is that there has been a sea change in where seafarers are coming from. The fact that these seafarers are simply from different regions of the world is not on the surface a problem in an industry as globalized as shipping. However, the study published in the Asian Journal of Shipping and Logistics argues that the “barriers hindering the movement of labor from one region to another due to ethnic culture, language and legal framework differences still exist”. Going back to my point about onboard multicultural awareness, Crew Departments need to be educated on the cultural differences, if any, of the countries they are recruiting from. HR personnel and crew management that can communicate in the languages of target candidates would be ideal.

Think outside the shipping container

There has been evidence, at times, of aggressive competition for qualified seafarers in the shipping industry; in fact, poaching of seafarers has been known to occur. That is why it was such a surprising story when MOL Tankship Asia and Synergy Group of Companies joined forces to recruit on a multiple city tour of India. Their partnership also included formation of MOL Synergy India Pvt. Ltd, which is devoted to ship management and training for internal candidates. Although this is a rare case in point, it gives you an idea of what organizations can do when they use innovation to solve problems.

DNV GL has just announced a new offering called Veracity which they’ve created in collaboration with other industry leaders and Microsoft that promises to: “unlock, qualify, combine and prepare data for analytics and benchmarking”. Perhaps this Big Data solution can provide the maritime industry with valuable insight into the root causes of the officer shortage by analyzing and comparing both the job applicant and current employee experience across companies and cultures. Big Data offers the potential to clarify the source of problems, so this tool could prove to be one more key to solving the crisis.

Giles Heimann, Corporate Director of Fleet Personnel for Bernhard Schulte Shipmanagement has this to say: "To overcome the shortage of professional qualified Officers and fill vacancies aboard ship there is no quick fix. The only ongoing solution for this challenge is to “home grow” and develop an internal talent pool for the future. Recruiting enthusiastic school leavers as Cadets, nurturing their development and giving them the opportunity to grow within the company provides this talent pool. Clearly defined promotion opportunities need to be provided, together with an understanding of the value of being part of a Company that cares for seafarer development, welfare and loyalty. Through investing in training, and respecting our seafarers’ ambitions, ensures BSM will be placed advantageously in the future to continue to man our ships with high quality Officers."

Arnold Lipinski, Senior Director Marine Personnel of Hapag-Lloyd AG sees lack of ships, not crew as the challenge he's most concerned about: "As Hapag-Lloyd we don't see any problems in crewing our ships. We are very active in educating and training our own staff - and don't have any problems right now and don't expect any in the future. Talking about the entire shipping industry we don't see a lot of challenges ahead: although we see growth in demand of container transportation; the number of ships worldwide is reduced continuously as ships are getting bigger and older ones are scrapped.”