Digitalisation and the seafarer of the future 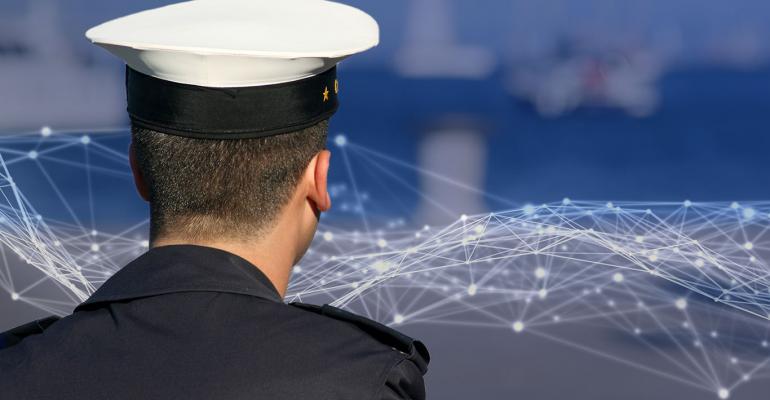 We spoke with Nick Chubb MNI, Founder and Director of Antares Insight, about the future challenges, potential opportunities, transformative technologies and what is needed from the seafarer of the future.

The global supply and demand for seafarers has been a hot topic over the last few years and the role of the seafarer in the future is an equally pressing question. Digitalisation is bringing a wave of change and predicting the future skillsets required by seafarers has sparked debate. While there can be no blanket approach to answering these questions in the maritime industry, technology is transforming how work gets done. But change takes time, for many good reasons, and we might consider the role of seafarers changing through evolution, rather than a revolution.

To find out more about these issues we spoke with Nick Chubb MNI, Founder and Director of Antares Insight, a market research and media consultancy which helps leaders within maritime and logistics understand the applications and implications of emerging technology. Our discussion covered a range of topics including future challenges, potential opportunities, transformative technologies and what is needed from the crew of the future.

Iain Gomersall: How is digitalization leading the way for the crew of the future?

Nick Chubb: It's a great question. In some ways a lot of what happens on board ships won't change. A ship is a huge physical asset and digitalisation will only go so far. A lot of what crew do day to day now for example in terms of maintenance, will be the same in years to come.

There are however two aspects that will change. The first is the level of administration work seafarers currently must do. Any digitalisation programs should be focusing on reducing the paperwork burden on the crew. The other aspect where I believe we will see the big changes quickly will be crew management. For example, crew travel, crew contracts and of course certification will all become digitalised meaning we will see a fundamental shift in how all these processes are managed.

In many ways, the future won’t be that different from today, but how ships’ crews are enabled to do their jobs is where the big changes will come.

Q: Which technologies do you see as being the most valuable to seafarers?

NC: There are two technologies areas to consider. Firstly, anything which reduces the day to day administrative burden on the crew. You would be amazed how much time ships’ officers spend manually filling out paperwork and logbooks. It can be anything from updating the charts and applications to manually updating crew lists for immigration purposes. All of that could, and should, be automated to reduce the workload stress that seafarers are put under each day and reduce the levels of human error.

Another technology area that will be valuable to seafarers themselves is around the better management of welfare and support on board. As we have seen over the last 100 years, increased levels of automation have allowed crew sizes to decrease. This trend will continue and being able to properly support those people on board is vitally important. We are starting to see technologies come onto the market that can help ensure crew get enough rest, stay healthy and stay safe and this sort of technology will become increasingly important over time.

Q: Automation is a topic I want to pick you up on. Already some companies are putting different levels of automation to trial. How do you see the technology progressing over the next few years, and what will its effects on seafarers be?”

NC: Firstly, there is a difference between an autonomous ship and an unmanned ship, and we can further clarify that there is a difference between autonomous systems and process automation. Process automation impacts all of the manual work that crew have to do day to day, like record keeping, and that is where the biggest impact will be felt for seafarers in the short term.

Looking further ahead, we are seeing a number of small unmanned commercial vessel projects starting and we're also seeing full sized crewless ship projects underway; the YARA Birkeland being probably the best example of that. But it’s important to note that there are different levels of automation and every type of ship will become automated in some way, whether they have crew on board or not.

I don't think that we are ever going to be in a situation where 100% of ships at sea are crewless. Some ships have specialised roles where an entirely crewless operation would not make sense. It may well be the case that container ships and tankers can operate with no crew on board, but it will never make sense for passenger ships; the likelihood of a human ever being happy to be a passenger on a crewless ship is pretty slim.

As a profession, seafaring will change profoundly in the next 50 years, but what won't change is the need for seafaring skill. Whether seafarers are based ashore in control centres or at sea on ships, we need to be sure we have the right people, with the right skills in those jobs.

Q: How important is strategic planning around these disruptive technologies with regards to the current and future generation of seafarers?

NC: In many areas there isn't going to be a huge amount of planning required. There are new Software as a Service (SaaS) applications being launched all the time which promise to make small savings and they are often free or very cheap to try, and easy to integrate with existing systems.

What is more complex is planning the human resource and training needs of the industry. In the UK, we are looking at a demographic time bomb where the average age of a UK rating is approaching 60. Thinking 20, 30 or 40 years ahead, it's important to be investing in recruitment and training strategies to hire and retain people with the right skills, and to keep their skills up to date over the course of their careers. That is where strategic planning will become very, very important.

Q: What do you see as the opportunities and challenges for seafarers, now and moving forward?

NC: With regards to challenges, crews are going to get smaller as more automation happens. One of the big challenges that will come with that will be social, managing the welfare of a small number of people living on board. The other big challenge with smaller crews is that individuals will need to become multi-disciplined, even more than they are today. There are a lot of autonomous navigation and collision avoidance systems being trialled currently, the logical next step to that is that a Deck Officer could become much less focussed on navigation in the future.

This means you will need people who are closer to an Engineering Officer with some navigation skills. Exactly how that will look I cannot not tell you, but I think that it's going to be a challenge for those in the industry to ensure that they build up the skills required throughout their careers.

The flip side of that is that for those who build up the right skill set there is a massive opportunity. We are building ships that are becoming more technologically advanced. Retaining people with the skills and the knowledge to be able to operate them will become increasingly challenging. Any seafarer that is at the start of their career now, is definitely in a good position if they approach professional development and training in the right way.

Q: One could even say it would be a set of transferrable skills across industries in many ways.

Q: If you had a crystal ball to look into, where would you see skill sets or requirements going in 5, 10, 25 years?

NC: In 5 years the skill requirements won't change a great deal, principally because of the speed at which the IMO legislates. It's a slow-moving organisation and as far as I know there are no major training updates planned for some time. That said, I think some individual operators will move quicker than the IMO is able to, and that is where you will start to see the requirements changing first.

Looking a little further out, as the industry becomes more and more digitalised, seafarers will need to be not just practical but also quite technical in terms of computing skills. There should be a much closer collaboration between manufacturers building equipment and software for use at sea and the end users feeding into how that equipment is developed. Having an understanding of how software works will become increasingly important for seafarers, as a lot of what is done manually now will go digital, and eventually, go automated.

Looking even further out, a blended approach that covers not only skills around navigation and cargo work but also engineering will be required. Going back a few decades, we used to have dual tickets where you could train as a navigator and engineer. I think we could go back to that system because it will become a requirement that the small number of people on board can not only navigate but also maintain all of the ship’s complex systems.

Q: Any other predictions?

NC: When thinking about the crew of the future, it’s important to not just think about how digitalisation will transform the roles of seafarers, but also about how the role of crew management will change in the next few decades. Managing crew travel, certificates, and scheduling will change more quickly than what goes on a ship typically because these are less legally stringent areas and there are a lot of improvements to be made. For example, there is a digital marine travel app called C Teleport that stops crewing departments having to make endless phone calls to book the travel for seafarers joining or leaving ship. They can just do it with a few swipes in an app. That's the sort of innovation that's going to happen more in crew management. It will create massive efficiency savings but it's not quite as sexy as autonomous ships, so it is rarely talked about.

The difficulties faced by seafarers during the pandemic
Oct 16, 2021