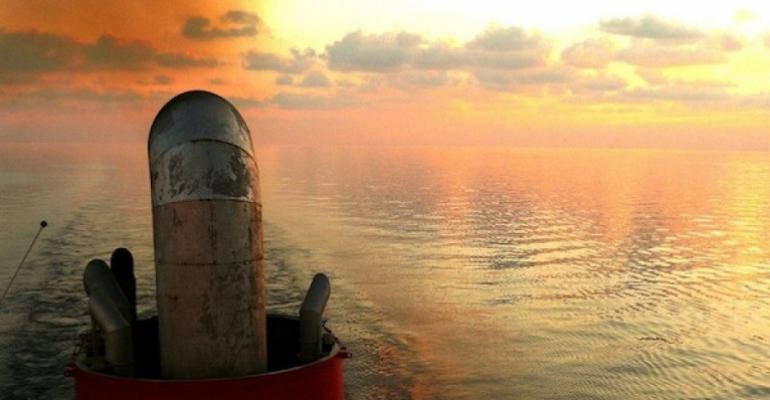 Issues relating to the decarbonisation of shipping and new environmental regulations top the issues of concern of over half of Seatrade Maritime News readers, but surprisingly cyber security ranks highly for few.

A survey of Seatrade Maritime News readers as to what they saw as the biggest issue facing the maritime industry, run on the site during January, has produced some interesting results. With eight different choices the survey revealed some serious issues of concern, while some other areas that might have been expected to rank highly are clearly not the top concern. 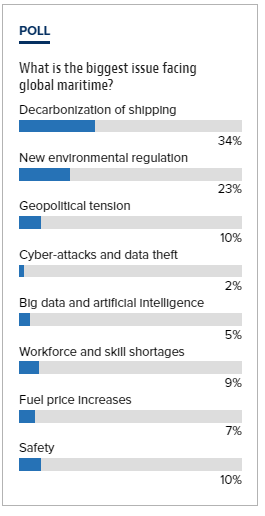 The decarbonisation of shipping was selected by some 34% of readers as the biggest issue facing the industry, while some 23% chose the somewhat related issue of new environmental regulations, making the two combined the top concern for the majority of readers – 57%.

With an estimated $1trn needed to meet the industry’s decarbonisation goals by 2050, albeit much of related to landside and energy infrastructure, it is little surprise to see this as a leading issue of concern.

Similarly the survey coincided with the coming into force of the IMO 2020 0.5% sulphur cap for marine fuel very much new environmental regulations on the agenda, along with the enforcement of the Ballast Water Management Convention for existing ships, and potential future regulations relating to the emissions and decarbonisation.

At the other end of the spectrum the impact of new technology and cyber security were not the leading concerns that might have been expected. Only 5% of readers chose big data and artificial intelligence as their primary concern and just 2% cited cyber security as the top concern despite repeated warnings of the vulnerabilities of the industry to cyber attacks.

The other four issues in the survey ranked fairly evenly as biggest issue facing the industry. Safety was the issue of most concern to 10% of readers and the workforce and skills shortage ranked as 9%. Meanwhile 10% of readers ranked geo-political issues as the top concern, and 7% fuel price increases.

Of course events can shift rapidly in a global industry. When the poll was posted at the start of January no-one had heard of the Wuhan coronavirus, but its rapid spread in recent weeks is turning it into a major issue for the industry. Had the coronavirus been included in the survey the results might have been significantly different.

Following on from our January survey findings that decarbonisation is the leading issue facing the shipping industry our February poll asks what readers see as the best option for alternative fuels for the maritime industries to meet its emissions goals.