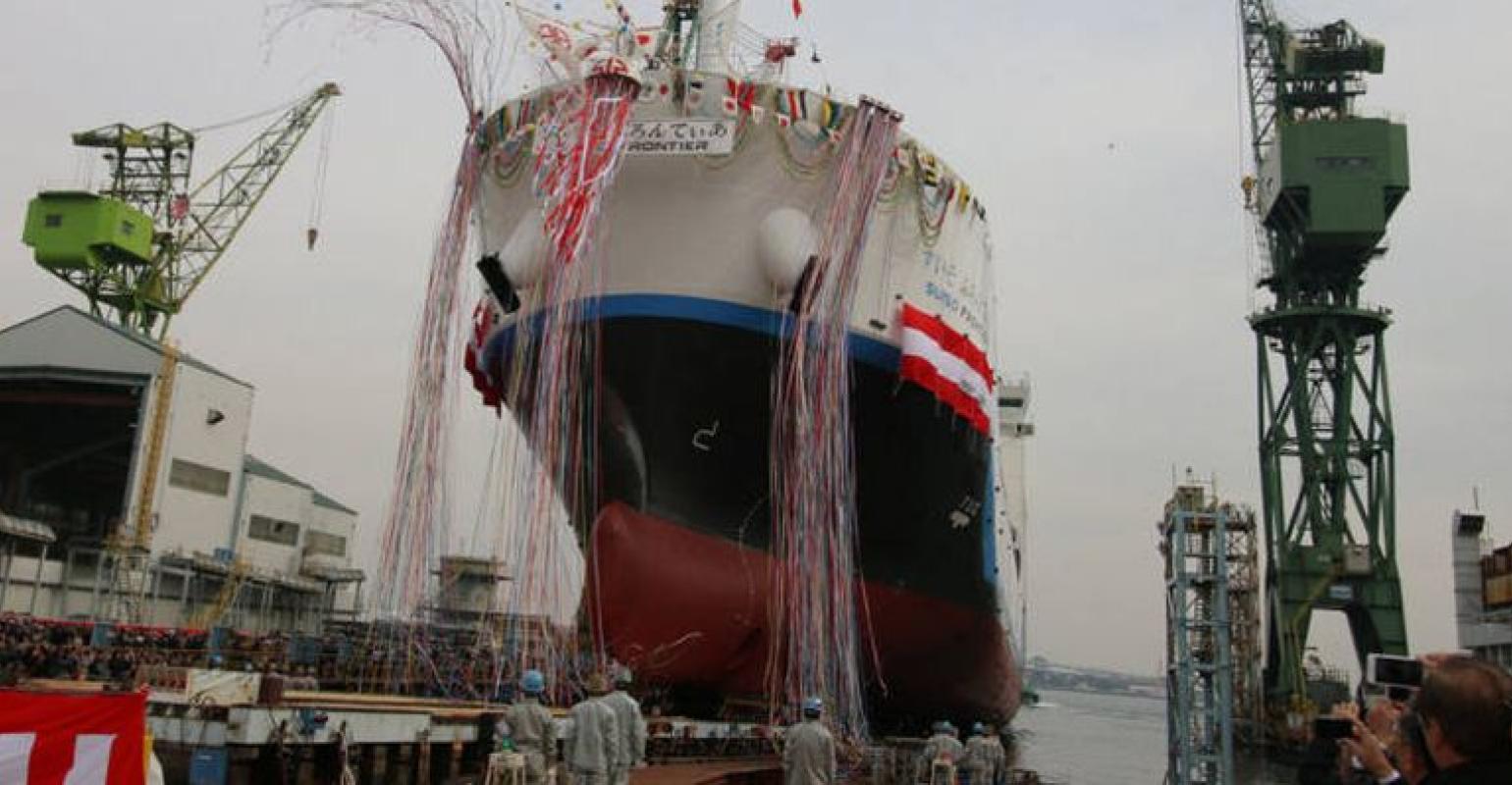 The Japanese shipbuilder said, however, the yard is still working on installing a liquefied hydrogen storage tank on the ship and will fully complete the construction by late-2020.

“Once complete, the Suiso Frontier will be used for technology demonstration testing in Japanese FY 2020 aimed at the establishment of an international hydrogen energy supply chain in which liquefied hydrogen produced in Australia will be shipped to Japan,” Kawasaki Heavy stated.

Hydrogen produced from coal in Australia, liquefied at -253C, will be shipped to Japan on Suiso Frontier.

“At present, this is the only ship in the world to apply the International Maritime Organisation’s interim safety standard for carrying liquid hydrogen, and when it completes its trials in 2020, we hope its approach to safety will become a de facto standard,” said Motohiko Nishimura, the head of Kawasaki Heavy’s hydrogen development centre.  “In that respect, we think the technology on this ship is a step ahead of the rest of the world.”

Hydrogen is considered to be a key next-generation energy source that can combat global warming as it does not emit CO2 or other greenhouse gases.

Several Japanese companies including Kawasaki Heavy established the CO2-free Hydrogen Supply-chain Technology Research Association to make the use of hydrogen as a potential fuel source alongside petroleum and natural gas.