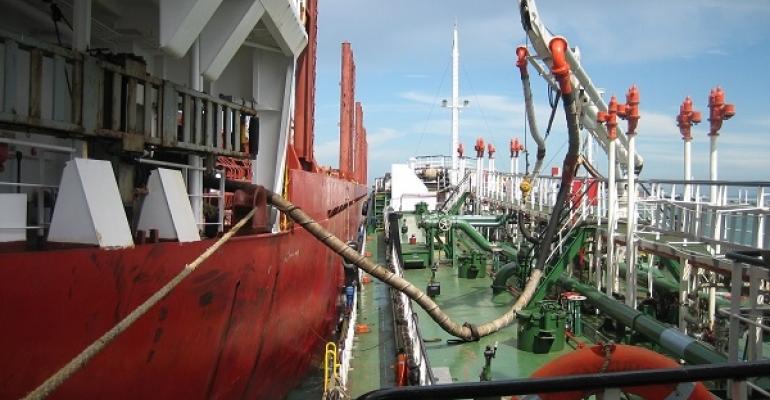 The fuel contamination issue continues to be a problem and perhaps in tacit recognition that it is not going away soon, Norwegian P&I Club Gard has put out some practical recommendations to help members deal with the issue.

Gard summed up the not very optimistic current situation as having “no new developments.”

It went on to add: “Little or no headway has been made in identifying the root cause of contamination and advanced testing, such as detailed Gas Chromatography combined with Mass Spectrometry (GCMS) and Fourier Transform Infrared Spectroscopy (FTIR), still remains the only reliable means of establishing whether the bunkers are contaminated. There is still a considerable backlog when it comes to advanced testing. No authority other than USCG has issued an official circular or alert on this issue to date.”

After starting off in the Houston area early in the year, contaminated fuel deliveries have popped up in Malaysia and Singapore as well as the Caribbean according to an Intertanko report. Following a spate of incidents in Singapore in July, bunkering inquiries spiked in Fujairah recently.

Read More: Intertanko calls on authorities to crack down on contaminated bunker suppliers

Even more disconcertingly, Gard highlighted the fact that there have been unconfirmed reports that bunker suppliers are altering their standard bunker supply forms by excluding reference to ISO 8217 and shortening the time bars from 30 days to 15 days, or even 7 days; and are also offering contaminated bunkers at a cheaper price.

In addition, contaminated fuel is being de-bunkered in various ports across the world and this presents a clear risk as it could find its way back into the supply chain, Gard added. Some states may also treat de-bunkered fuel as waste which may further complicate de-bunkering activities, the club said.

As an additional negative consequence, vessels suffering from engine problems due to off-spec fuels may attract the attention of Port State Control (PSC) authorities, especially in states under the Riyadh MOU and Vina Del Mar MOU since the ongoing Concentrated Inspection Campaigns (CIC) in these regions are focusing on machinery, Gard said.

It recommended that owners and charterers should familiarise themselves with the International Bunker Industry Association’s (IBIA) “Best practice guidance for suppliers for assuring the quality of bunkers delivered to ships” released earlier this year as a good source of information to help ensure suppliers provide better fuel quality.

Other recommendations include obviously, exercising prudence when selecting a bunker supplier and not just choosing the cheapest one, but also in the current context paying particular attention to contracts and subsequent actions in the event a claim is to be made against the supplier.

The contract should clearly describe the fuel requested and the contract itself should be especially vetted with respect to the clauses referring to ISO 8217, the time bar and the disclaimer excluding warranty as to the fitness of the fuel for consumption.

Gard emphasized that pre-delivery testing should be part of the contract and parties should be aware of how the selected forum in the contract treats bunker disputes while also being aware that the full extent of loss may not be claimable.

“Bunker quality disputes can be very lengthy, costly and complex but can be avoided if a sound decision is made as regards selection of the supplier and negotiation of the bunker contract,” Gard concluded.