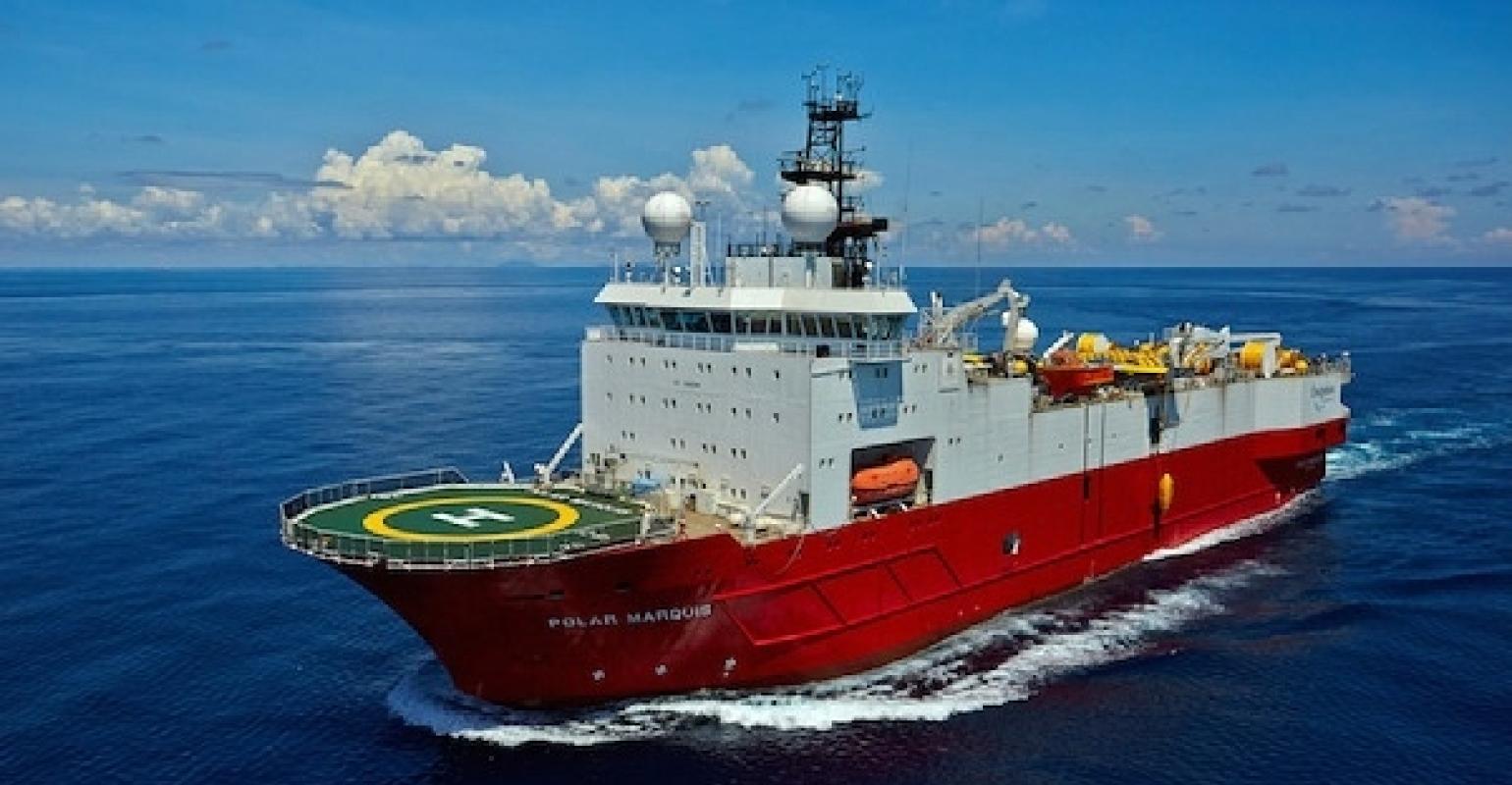 Despite challenging market conditons, subsea and seismic specialist GC Rieber Shipping has managed to achieve fleet utilisation for its subsea and ice/support vessels of 92% in the first half, with a contract backlog of NOK515m ($60.8m) as at July 1, 2018.

Meanwhile, Shearwater, its integrated marine geophysical services  joint venture with Rasmussengruppe, is fully booked for the third quarter of 2018, the company said in a press release.

However the seismic market in general has been a tough one in the second quarter with GC Rieber reporting that Shearwater had a fleet utilisation of just 79% in the period, although it has also been awarded further strategic awards with several clients.

Shearwater’s three active vessels are fully booked through the third quarter of 2018, and the company is well under way to secure an order backlog for the fourth quarter, it added.

In the subsea segment, where GC Rieber Shipping owns and operates three vessels, capacity utilisation dropped to 86% in the second quarter from 92% in the previous corresponding period.

The vessels are primarily designed for inspection, maintenance and repair of subsea installations, but have also demonstrated attractive capabilities for the renewables market, it noted.

Commenting on the market GC Rieber said: “There are some upticks in activity in the subsea segment, but the rate pressure persists. GC Rieber Shipping will seek to benefit from the tender activity with the available tonnage, targeting improved margins.” Meanwhile on the alternative options it added: “The renewables market remains strong in terms of vessel demand, and GC Rieber Shipping will continue to seek opportunities and focus on strengthening its market presence.”

With respect to the seismic fleet, GC Rieber Shipping performs technical and crew ship management for four vessels in this segment on behalf of Shearwater.

The joint venture has continued to strengthen its market presence in a continued challenging market with solid utilisation through the first and second quarters of 2018, and for the summer and autumn seasons. “We see continued improvement in activity and transactions, however the market remains competitive with pressure on rates. The reported increases in late sales of multi-client data by competitors and peers are positive indicators for the way forward,” GC Rieber said.

Meanwhile, the market for ice/support is gradually improving and new areas of operation will be opened for future activity, it noted. “Supported by the higher oil price, the medium- to long-term outlook has improved. GC Rieber Shipping has a solid track record and experience within ice operations, and will continue to pursue new attractive opportunities within this segment,” the company said.

Looking ahead to expected market trends GC Rieber noted persistent rate pressure. “Current rate levels are driven by the fact that vast majority of shipowners have obtained temporary reductions in mortgage payments, resulting in unsustainable rates in the long run,” it lamented.

Rate pressure was also noted in the marine seismic market despite an improvement in activity levels and transactions. Meanwhile in the ice /support segment, GC Rieber saw “stable and unchanged activities and rates in a gradually improving market”.

In a brief comment on the markets for oil and gas exploration and production, GC Rieber noted the higher oil prices in the second quarter, which hovered between high USD60 and high USD70 per barrel, with positive market sentiment remaining towards the end of the quarter.

“The general market outlook is that the oil price will fluctuate around USD70 per barrel. This improved market picture is likely to lead to increased investments among the oil companies, which in turn should lead to higher activity levels in the markets where GC Rieber Shipping operates,” it concluded.

The company reported a narrowed loss of NOL9.0m compared to NOK18.2m in the second quarter of 2017.

Meanwhile in a separate announcement, fellow offshore services player EMAS Offshore, a unit of Ezra Holdings, which has filed for US Chapter 11 bankruptcy protection, warned that the Financial Supervisory Authority of Norway has once again called for the company to be delisted from the Oslo Stock Exchange (OSE).

OSE has in turn announced that the delisting from trading on Oslo Børs and the last listing date for the company's shares will be September 28, 2018

EMAS Offshore said it has three weeks from August 15 to appeal and it is seeking legal advice. It will provide further updates when there are material developments.