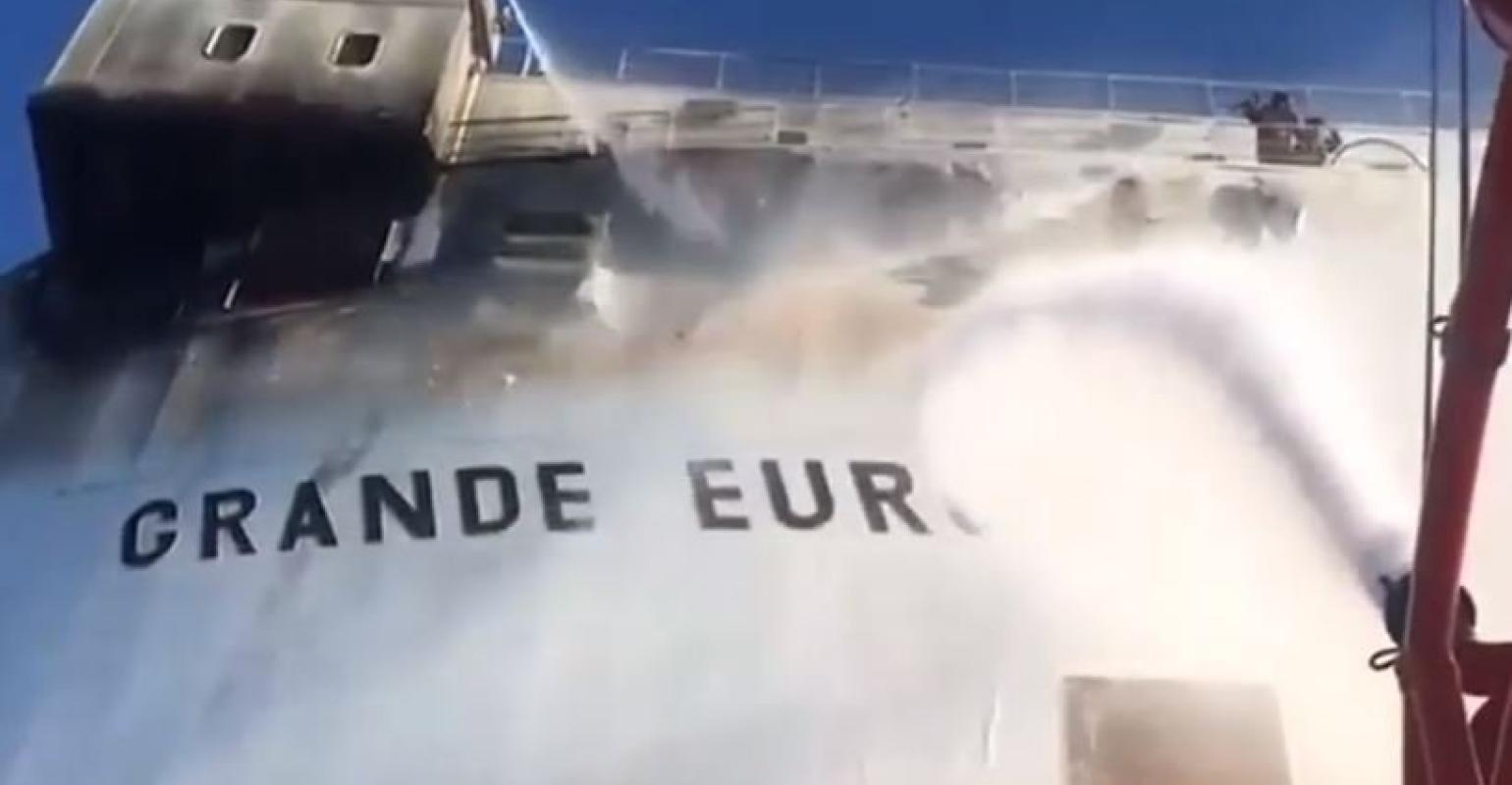 Italian shipowner Grimaldi Group has called for tighter regulations on ro-ro and containers following its second serious fire on board a vessel this year.

In its second major incident this year the 1998-built ro-ro Grande Europa was hit by two fires on 15 May. The first on deck three at 00-45hrs was extinguished by the crew after around 45 minutes. The second fir at 04-00hrs broke out on deck eight and spread to deck nine. The crew were unable to put out the blaze and 15 seafarers were evacuated by helicopter.

A Spanish firefighting tug was able to put out the fire by 14-00hrs and the vessel has since been towed to the port of Palma de Mallorca.

Grimaldi said preliminary investigations by the company suggested that, “the two fires started from two different new vehicles stowed on board, and then spread to the other nearby units”.

In March Grimaldi’s 56,642 gt, con-ro vessel, Grande America, suffered a fire, that is believed to have started in container, that led to the vessel sinking in the Bay of Biscay.

Following the successful firefighting operations on the Grande Europa on Grimaldi is calling for more stringent controls and regulations on sea transport for both ro-ro and container cargoes.

“Notably, with reference to rolling freight, the Grimaldi Group requests that there be more controls on car batteries, which often cause short-circuits on board vessels, as well as in port terminals. Moreover, it calls for the total prohibition of the presence of personal effects in second-hand vehicles, embarked on ro-ro vessels,” the shipowner said.

“With regard to containers, the International Maritime Organization is urged to make mandatory the certification by a classification society of the correct stuffing of containers carrying dangerous goods.”

The issue of the mis-declaration of dangerous cargoes has been in the spotlight following a series of major cargo fires on containerships.

Read more: Banning dangerous cargoes not the solution to stamping out container fires