In praise of crewing stability 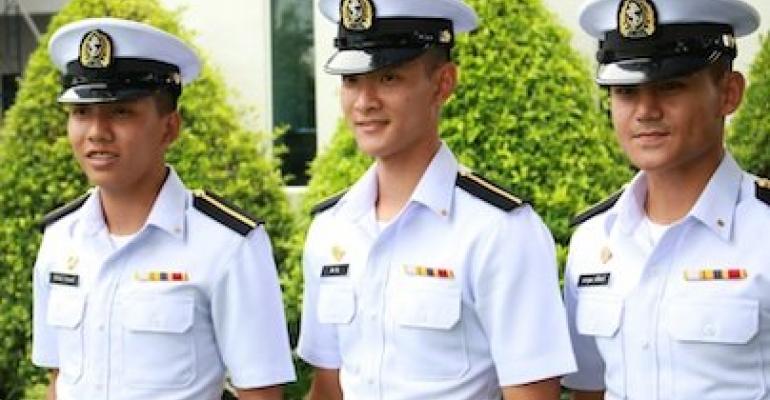 You can’t have enough stability on board a ship. This is not a comment on the inability of certain car carriers to remain upright in all circumstances, but the conclusion of a report into crewing methods by the UK’s Solent University, which has been researching this important, but hitherto neglected matter.

Their “Effective Crew Project”, sponsored by the Lloyd’s Register Foundation and the TK Foundation has been comparing “stable” crewing, where the four senior officers stay with a ship for a decent period, to the “fluid” option, where the officers are assigned to any appropriate vessel and will see a different team each trip.

The latter option may be a lot easier to organise for a crewing department, but the two year research project has come down firmly on the side of stability, suggesting that there are a range of benefits from improved safety, crew well-being and even favourable financial outcomes. It has studied most ship types with more than 20 crew members on board and has considered both the benefits and the challenges of maintaining a stable crewing policy, against other options.

A sense of ownership

It might be suggested that the report has come down on the side of common sense – clearly if senior officers stay with a ship they will have a sense of ownership of its performance – but it has backed this up with the evidence that was lacking to give weight to such a supposition.

I recall listening to a ship manager some years ago complaining at his swiftly rotating crews having no sense of “accountability” – always able to blame their previous incumbent for things that went wrong and leaving jobs half-done as they departed. The report is in no doubt that the stable option has improved accountability and responsibility, leading to better maintained ships and machinery and greater familiarity with “their” vessel and its equipment.

And as opposed to the “here today and gone tomorrow” crews, stability promotes better retention rates, a greater sense of that “ownership”, familiarity, trust and loyalty. The report suggests that on the job learning and mentoring (the value of which is now being realised) will be enhanced by stability.

Can it be justified financially, as there was clearly a view that a more fluid “on-demand” approach would always be cheaper, rather than “back-to-back” arrangements where the officers would return to their ships, rather than being assigned elsewhere? The research concludes that in the long term, there are savings to be made from improved inspection results, reduced training and recruitment costs and improved operational costs.

You can imagine that all things being equal, a ship crewed in such a fashion ought to out-perform one where the crew was more transient, on the grounds of better mechanical performance alone. It also suggests that the relations between on board management and that ashore can be greatly enhanced. In that this tends to be a constant source of complaint, such an assertion is important.

The report is not dogmatic and notes that stable crewing does come with challenges. Its success does depend upon good leadership and management skills, with contributions in this department from both ship and shore. It needs to be sensitive to the needs of people for promotion and experience of the individual, and able to react sensibly if ships are sold out of the fleet. It recognises the risk that people in their jobs for a period may become complacent – the “we’ve always done it that way” syndrome might well impinge upon both safety and operational performance.

It is also surely worth noting that ships are not standardised, as are aircraft types and that they are big, complex systems which develop their own problems and challenges over time and people who know these will get the most out of their ships.

It may not be entirely relevant but I remember sailing with an old donkeyman who had been on the same ship (then 34 years old) since she had been delivered. Both the chief and second engineers would consult this old boy about everything, as he knew those engines better than anyone else. They would have appreciated a sense of continuity, although he might have been a bit resistant to change. But take a look at www.solent.ac.uk/effective-crew and note the value of stability.