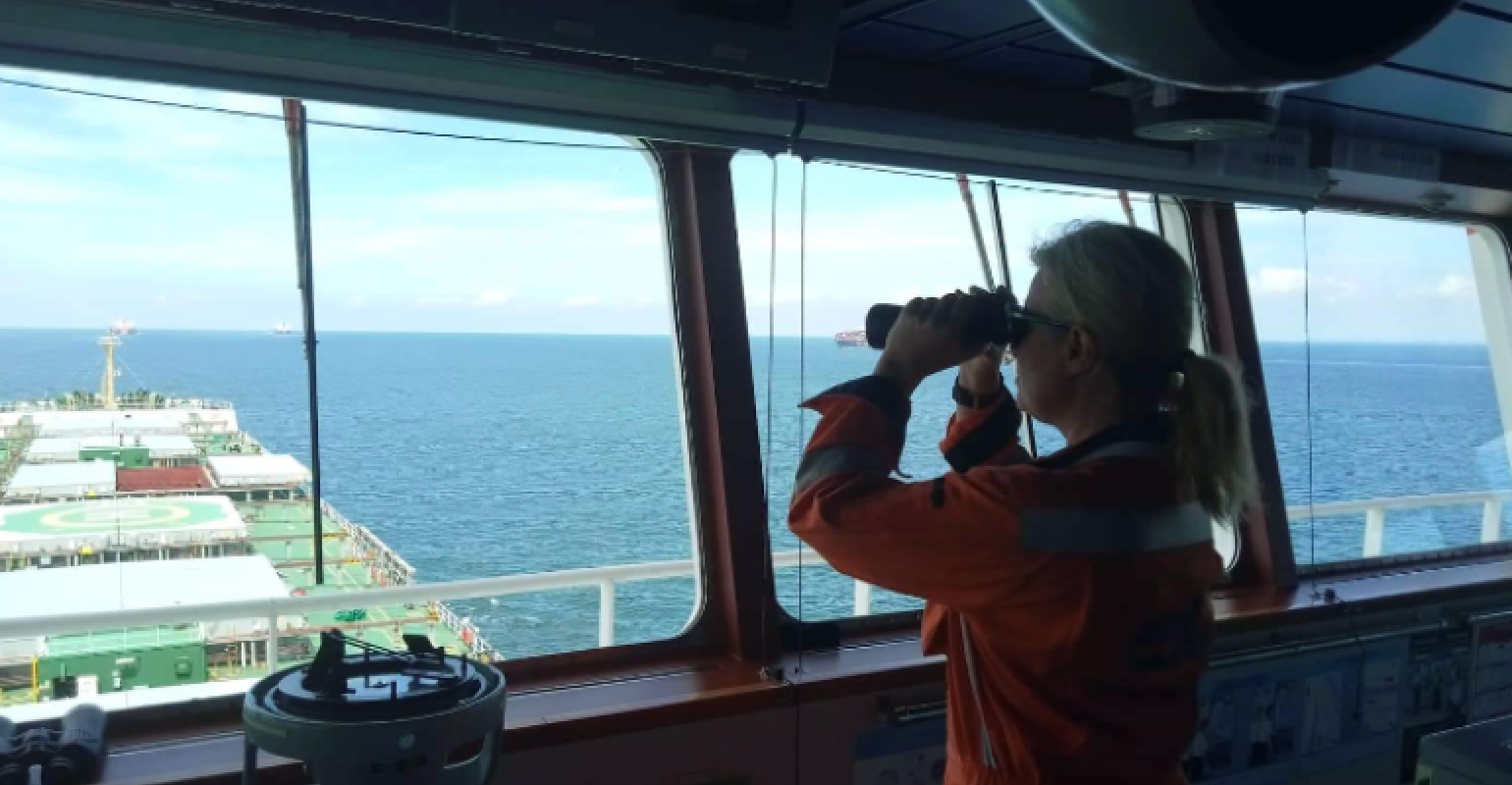 A woman stands watch on a ship's bridge.
Shipping leaders gathered on International Women’s Day to discuss the role of mentoring in the development of women in the maritime industry.

Hosted by the Focus Group in Africa—formed after the signing of an MoU by the IMO and Women’s International Shipping & Trading Association (WISTA)—panellists called for sustained and meaningful action to unlock the social and business benefits of a more diverse industry.

Helen Buni, Technical Officer, Marine Environment Division said that using an estimate of women representing around 1-2% of the workforce in the industry, it would take over 100 years to reach gender parity in shipping. The need to improve is urgent to prevent loss of talent to other sectors, said Buni, but also to reap benefits to the bottom line from diversity in the workforce.

The women in maritime survey, launched by WISTA and IMO last year, is an important exercise to obtain firm baseline data on women in the industry from which to track any improvements and identify opportunities to further improve.

Women were and are on the frontlines in the pandemic, and those in leadership roles have shown their strengths. “There are four common threads in women’s leadership that have emerged: trust decisiveness, technology and love,” said Buni, adding that including everyone was an important first step in effective leadership.

“Women are disadvantaged because they receive less career guidance… there is less mentorship, less sponsorship, there is no specific leadership due to a culture of unacceptance of women’s capabilities. Women are being given opportunity, yet they are not given the true chance to show their leadership skills.” For that reason, Mostafu said the most important leadership skill for women is courage, which starts with going out and asking what opportunities are available and then taking them.

Mentoring the next generation is incredibly important said Mostafu, and she was optimistic for the future due to the number of knowledge sharing opportunities and associations focussed on supporting women in industry.

“By nurturing young women and providing them with necessary resources to excel in the field, we are giving birth to an industry that will be renewed with women leaders of the future,” said Mostafu.

Mialisoa Raouth, executive member of the governing council at Womean in the Maritime Sector in Eastern and Southern Africa (WOMESA) said that there is still much progress to be made, with outdated gender stereotypes still obstacles on many women’s career paths.

A move away from the “winning and losing” competitive management style in business has been to the benefit of women, said Raouth, with senior positions now requiring problem solving, communication and listening, collaboration and taking initiative.

Contemporary management styles are more effective and better suit women, said Raouth, and the performance of female national leaders during the COVID pandemic has demonstrated the potential women have as natural leaders.

“Leadership starts with yourself and in your mind. I encourage every woman to spread the word. When an opportunity of promotion presents itself, do not refrain from applying. You already have the skills and traits needed to perform and succeed as leaders,” said Raouth.