Are Market Based Measures the most feasible way to limit GHG emissions now? 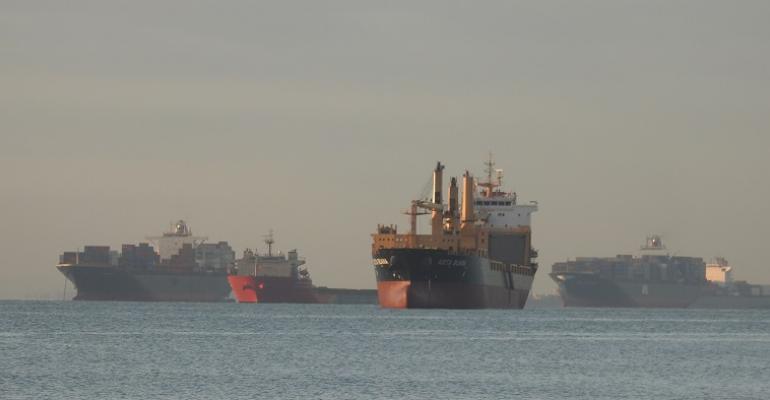 LNG is basically playing with methane and won’t limit CO2 emissions, open loop scrubbers double the pollution problem with food chain and under water marine life, low-sulphur fuel is limiting sulphur emissions yet wont address black carbon emissions. So, is the industry worst-off because of regulations? Or should the market solve this program via MBMs?

Out of many understandings of MBMs, the Organization for Economic Cooperation & Development (OECD) defines MBMs to address the market failure of ‘Environmental Externalities’ either by incorporating the external cost of production or consumption activities through taxes or charges on processes or products, or by creating property rights and facilitating the establishment of a proxy market for the use of environmental services. MBMs are useful tools for environmental policy making. These measures would give an economic cost to the polluters which can reduce GHG emissions and develop future markets towards a sustainable way.

The adoption of MARPOL 73/78 Annex IV, EEDI and SEEMP have become the two main regulations which aim a compulsory reduction of CO2 emissions from the industry. Resulting the recommendations on MBMs in 2nd GHG study, member states managed to submit proposals for the introduction of MBMs in the shipping industry at the 57th session of MEPC in 2010. Varies kinds of proposals were submitted such as, an international fund for GHG emissions from ships, leveraged incentive scheme to improve the energy-efficiency of ships based on an international GHG fund, port state levy, ship efficiency and credit trading, vessel efficiency system and few different proposals for emission trading systems which are under consideration within the Expert Group on Feasibility Study and Impact Assessment of Possible Market Based Measures. The IMO member states are yet to adopt any of these MBM proposals, as there is a serious disagreement regarding MBMs between developing and developed countries.

Since the adoption of EEDI and SEEMP measures in the 62nd MECP meeting in 2011, developing countries were not keen on implementing MBMs targeting GHG emissions in the industry. This was highlighted at the 63rd MEPC, when discussions redirected the focus in order to adopt an MBM towards GHG emissions. (MEPC 63/23 2012,34) The interest on MBMs faded when many developing countries as Brazil, China, India, Peru, South Africa and Saudi Arabia strongly opposed MBM discussions till adopting a resolution on financial, technological and capacity building support from developed countries in order to implement regulations on energy-efficiency for ships by developing countries. (MEPC 64/5/9 2012)

However, IMO brought forward this debate at MEPC 69 in 2016 specifically discussing methods to further implement such MBMs, yet member states were unable to come to an agreement. Nevertheless, some suggested that after 2016 would be an appropriate time for such MBM mechanisms. Though some studies suggest that MBMs for international shipping will bring negative economic impacts for developing countries but the impact is likely to be small.  Moreover, fuel taxes, cap & trade and baseline & credits are highlighted as possible MBMs in the shipping industry.

Rather looking at a penalty or a permit system on GHGs, IMO proposed to view MBMs as an economic incentive on the ship operators and shipowners (polluters) to reduce their GHG emissions and therefore in compliance with the polluter pays principle. However the current, The Initial IMO Strategy recognizes the Paris Agreements objective in order to achieve its outlined ambition of decarbonization of the industry by setting targets as mid, short and long term. (MEPC.304 72 2018,4) The mid-term measures consider implementing market mechanisms in the shipping industry (MEPC.304 72 2018,8) which aim to finalize between 2018 to 2023. (MEPC.304 72 2018,10) Most importantly, out of many challenges when regulating CO2 in Post Paris era, MBMs could influence to resolve two main dragging conflicts, one is the conflict of CBDR & NMFT and the other is further developments of EEDI & SEEMP by using an MBM rather compulsory reduction.

Theoretically a market-based solution could act outside these legal conflicts but the feasibility of two fundamentally opposite principles acting together while achieving the objective of the regime is still doubtful in a legal context. Some academics suggested that IMO might not be a compatible organization to further address this issue. Furthermore, the joint proposal submission by China and India in March 2017 ‘Comprehensive IMO Strategy on the Reduction of GHG Emissions from Ships’ (MEPC 71/7 2017) also projects a future resolution which integrates both the CBDR and NMFT principles.[1]

Even though IMO managed to bring forward EEDI and SEEMP during Post Kyoto Protocol, a number of developing countries made their statements of opposing EEDI and SEEMP amendments soon after they were adopted as it was categorized as compulsory reduction. (MEPC 62/24 2011) On such a scenario when EEDI and SEEMP will be driven by a market-based approach, ships which are non-complied by EEDI and SEEMP will eventually fall short in the market due to the opportunity cost of the industry. Such a reduction method will hold an indirect penalty on non-compiled ships because it’s supported by a market incentive for efficient and less polluting ships. Most of the MBMs proposed at the IMO were considered effective in terms of market development and economic output, besides some MBM proposals which were presented at the IMO MEPC will generate funds from $4bn up to $118bn. (UNFCCC 2011).

However, the recent debates on new fuels as ammonia/hydrogen or new solutions as slowing ships down, hybrid battery population, wind propulsion is not yet feasible with the current level of technology, plus we can’t expect a global ship fleet of over 60,000 ships to be transformed into a new technology which is not even in the market yet,  but R&D on these areas could achieve ground breaking results,

In a globalized world with over 7 billion people, where shipping is directly involved to provide basic human needs, it’s important for member parties to come under the IMO and support a feasible solution in coming decade in order to achieve decarbonization goal. The industry needs to standardize EEDI & SEEMP with making EU MRV/ IMO DCS a global emission reporting system in order to make emission pollution expansive in midterm, by taking the results of EU-MRV / IMO-DCS into consideration a suitable MBM could be implemented in the industry in coming years.

[1]   MEPC 71/7 2017., 17–18. The Proposal which was submitted by China and India highlights both principles, 1) The NMFT principle is reflected by the requirement that developed and developing states should submit and implement ‘national action plans’ and take steps to address climate change. 2) The CBDR principle has been incorporated in the proposal by providing that developed states should “take the lead by setting forth more ambitious targets, identify best practice on technical and operational measures for enhancing energy efficiency and alternative energy [research and development] while sharing experiences in developing national policies and legislations,”