Is Hambantota International Port better off with China? 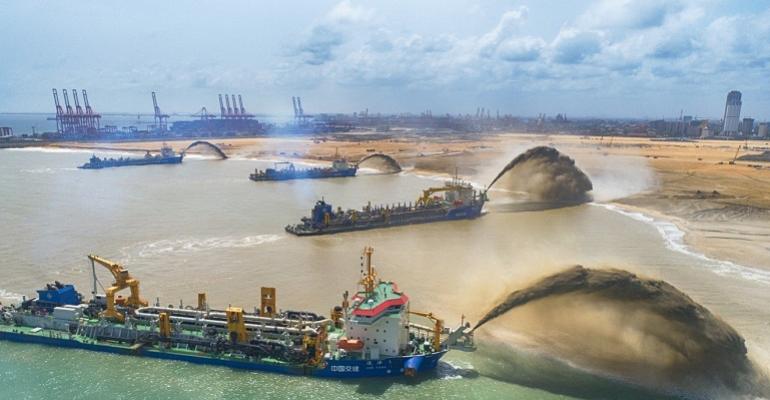 The statically located HIP was handed over to China Merchants Port Holdings (CM Port) on a 99-year lease with a payment of US$1.12 billion because Sri Lankan government falling-short to keep up with paying back the funding capital debt to China.

Some political activists viewed the agreement between CMPort and the Sri Lanka Ports Authority (SLPA) unfavorable to Sri Lanka, with the Chinese state-owned company CMPort taking an overall stake of 80%, and the SLPA 20%. Since then, Sri Lanka is quoted as a victim of Debt Trap Diplomacy of China’s Belt & Road Initiative.

However, these facts were challenged by many economists in Sri Lanka, as per their findings it was more financially beneficial for Sri Lanka to move forward with China’s loans rather than falling into International Monitory Fund or World Bank. Additionally, the total debt of Sri Lank is accounted for around 55 billion out of which around 6 billion is by Chinese loans, that’s only around 11% of Sri Lanka debt.

Why is Hambantota Port better off with CMPort?

The importance of the strategic location of the Hambantota port is no longer a debate. However, completed phases of the port back in 2014 were just a structural completion and in order to operate at full capacity, the port needed many other installments as cranes, staff (with the know-how) and other industry-related services.

When the port was under the Sri Lankan government, it was barely operational due to the lack of operational investments and incapable knowledge to start up and run a port of that scale. Sooner or later the port needed an operational partner with a comprehensive investment to meet its demands.

Hambantota Port in 2016 made revenue of $11.81m and incurred expenses of $10m as direct & administrative costs to report an operating profit of just $1.81m. CMPort invested in approx. $1.12bn to revive the port under a Public-Private Partnership. However, CMPort will have to spend at least $700–800m or more to bring the port to the operational level at its full capacity.

One year after “Hambantota International Port” (HIP) came under its new management, the port focused on roll-on - roll-off (ro-ro) operations and doubled its business, with a 136% increase in the volume of ro-ro vessels handled by the operational staff. The HIP has since diversified its services to include other port-related activities such as container Handling, General Cargo, Passenger, Bunkering, Bulk Terminal and Gas at initial stages. 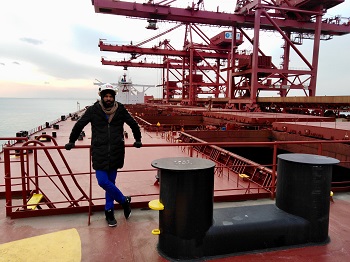 The geographic positioning of HIP provides advantages not just for the shipping industry but also for import/export business in general, coupled with experienced handling to ship or transship finished goods to almost any destination in the region as the port can offer comparatively shorter timelines with just six to ten nautical miles (19km) to the world’s busiest maritime route between the Malacca Straits and the Suez Canal linking Asia and Europe.

Given the shift of the maritime industry in the coming decades with regard to 2020 low sulphur cap regulations, Hambantota is an ideal location to invest in storage tanks, refineries and LNG bunkering facilities with higher capacity to support the global ship fleet. Moreover, IMO’s Internal GHG strategy aiming to decarbonize the industry by 2100, would give fresh opportunities for the HIP to operate as a “Green port” in the region.

These benefits were highlighted when Sinopec registered in Hambantota as ‘Fuel Oil Sri Lanka Co Ltd’ is one of the largest investments in Sri Lanka by China. while India’s Accord Group and Oman’s Ministry of Oil & Gas was interested in a 3.85USD billion deal to build a 200,000 barrel per day Oil Refinery near Hambantota International Port.

Is it possible to renegotiate the Hambantota Port?

The recent remarks from the Sri Lankan newly appointed President Gotabaya Rajapaksa to renegotiate the Hambantota port deal came days before an official state visit to India. These remarks could be a tactic towards supporting the regional norm of the “Neighborhood First” approach, for example back in 2005 and 2015, then Presidents Mahinda Rajapaksa and Maithripala Sirisena followed a similar approach to balance regional powerhouses in order to gain funding towards infrastructure projects. However, at present Indian is not at a stable financial position to invest in Sri Lankan markets with compared China, as in 2019 India’s quarterly growth falls to 4.5% worst in six years, rather looking at India as a capital provider it's more effective to focus on entering Indian market via exports

However, renegotiating the contract lease period to a shorter team would benefit Sri Lanka yet in financial terms CMPort won’t be able to fully recover its investment. On a different perspective, China is quoted all over the world with the term “Debt Trap Diplomacy” resulting many countries pulling out from Chinese contracts under the Belt & Road Initiative, this was mainly based on the Hambantota Port deal, considering to renegotiate the deal would give China some flexibility with their other projects along the Belt & Road Initiative.

In order to further develop the Hambantota Port as a part of Sri Lankan’s ‘Maritime Hub,’ it’s important that the Government of Sri Lanka maintain a strong relationship with CMPort. Besides, under international Maritime law, Hambantota Port is totally owned and controlled by the Sri Lankan government and any approvals and decisions regarding the port were to be taken by the government of Sri Lanka. However, in the midst of opening the Colombo port city to the international markets for future investment agreements, renegotiating a signed agreement might also create a huge impact on Sri Lanka with regard to investor confidence to attracting FDI’s.

Conversely, the renegotiation of the Hambantota Port could be an extension to the proposed Free Trade Zone in Hambantota, this way negotiation could be opened to other stakeholders in the Maritime industry as India, Japan, Europe, and the USA while playing Sri Lanka in a stronger negotiation seat.

Since Sri Lankan ports are considered as a vital nod along China’s sea-based route of the Belt & Road initiative. As projected, this will increase the number of ships entering Sri Lankan territorial waters. Sri Lanka should consider updating its marine environment protection policy by strict implementation of ballast water management systems, garbage disposal, and air pollution, caused by ships.

Quoted by many international media, that the country will be squished in a geopolitical regional power struggle as some ports in Sri Lanka being part of the Belt and Road initiative. However, in the strengths of national policy implementation, it’s important to comply with international norms of environment protection. Having a close relationship with the International Maritime Organization (IMO) is important, in order to safeguard national environment protection policies in territorial seas and Exclusive Economic Zones,

Sri Lanka is a member of IMO and has ratified MARPOL Annex’s I to V but not the 1997 Protocol (Annex VI) being a Party to Annex VI would benefit Sri Lanka in the coming years. Ship emission of GHGs, black carbon, sulphur, will have an immense effect on the national healthcare bill. Given the fact that the shipping routine along Sri Lanka passing India, Bangladesh and Indonesia, towards the South China Sea is the most populated area in the whole world.

The opinions expressed herein are the author's and not necessarily those of Seatrade Maritime or Informa Markets.