HomeOpinions & AnalysisQuestions on the insurance ramifications of the blocking of the Suez Canal by the Ever Given
Recent
Opinions & Analysis
Recent News
Scrubber premium widens to cover opex
May 16, 2022
Money in the bank and plenty to spend it on
May 13, 2022
GMS swings into profit as day rates climb
May 13, 2022
UAE innovation poised to revolutionise remote offshore inspections
May 13, 2022
Trending Now
Number of containerships waiting at Chinese ports doubles
Apr 20, 2022
Shanghai lockdown: Disruption grows to logistics, shipyards and production
Apr 18, 2022
Ningbo-Zhoushan hits record container volume amid Shanghai lockdown
May 09, 2022
US container prices tumble as yards overflow with empties
Apr 19, 2022
Ever Given and the Suez Canal
brought to you by 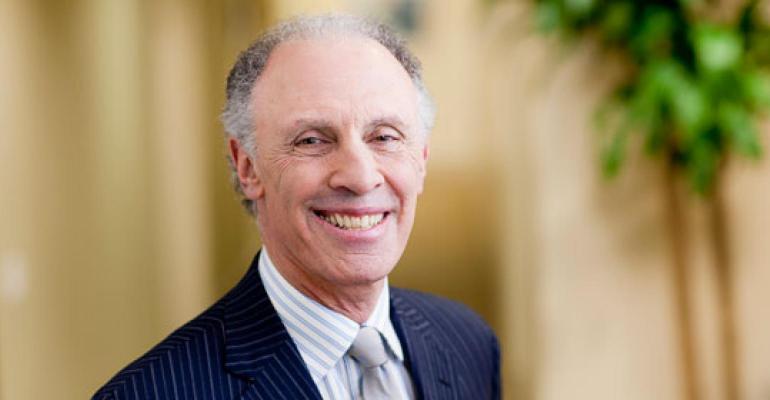 As is well known, between March 23 and 29, 2021, the Suez Canal was blocked for six days following the grounding of Ever Given, a so-called “Golden class” container vessel.

It is claimed that the 400-metre-long vessel was buffeted by strong winds, and ended up wedging itself across the waterway, bow and stern stuck in the canal bank, preventing other vessels from passing through that part of the Suez Canal.

Egyptian authorities said "there may have been technical or human errors" also involved. The obstruction was south of the section of the canal that has two channels, so there was no way for other ships to bypass Ever Given. The Suez Canal Authority (SCA) engaged Boskalis through its subsidiary SMIT Salvage to manage the salvage operations.

The canal is one of the world's busiest trade routes in the world and the obstruction had a significant negative impact on trade between Europe, Asia and the Middle East. On 28 March, at least 369 ships were queuing to pass through the canal. This prevented an estimated $9.6bn worth of trade.

On 29 March, Ever Given was partially re-floated and moved by about 80% in the correct direction, although the bow remained stuck until the ship was finally freed by Egyptian, Dutch, and Italian tugs around mid-day and started moving, under tow, towards the Great Bitter Lake for technical inspection. The canal was checked for damage, and the Canal Authority allowed shipping to resume in the afternoon.

To the best of our knowledge, Ever Given remains under Canal authority control pending resolution of what is rumored to be some $1bn in salvage costs.

Numerous categories of marine insurance are implicated. This article will limit itself to insurance concepts under US maritime law. Issues of what law will apply to this incident will certainly be open to debate for months if not years.The Taiwanese operated and Japanese-owned vessel certainly carried Hull and Machinery insurance (H & M) which would normally cover damage to the vessel itself as well as salvage and what are called “sue and labor” costs, those expenses related to mitigation of damage as a result of the incident.

It is reported that the UK P & I Club is the liability carrier. Although the Club may well be exposed to liability for any damage to the Canal, under US maritime law (which may well not apply) the pure economic claims of the hundreds of ships who were delayed due to the blockage may not be recoverable. This is because US maritime law has a “bright line” rule dating back to the early 1900’s and a seminal Supreme Court case, Robins Dry Dock v. Flint, et al., 275 U.S. 303 (1927), where it was held that a time charterer could not claim against the shipyard for pure economic loss due to delays in the repair of the chartered vessel (even if the shipyard were proved to be negligent),  in the absence of a “proprietary interest”.

That principle was further expounded in State of Louisiana, ex rel. Guste v. M/V Testbank, 752 F.2nd 1019 (5th Cir. 1985), where a chemical spill required closing of the Mississippi, resulting in significant economic losses to business who depended on traffic in the river for their livelihoods. The appeals court reaffirmed the notion that “pure economic loss”, such as that suffered by all the vessels delayed by the blockage of the canal, in the absence of physical damage, are not recoverable against the offending vessel. Whether this concept exists outside the world of US maritime law remains to be seen.

Cargo insurers will no doubt also suffer significant losses due to delay and possible spoliation of perishable cargo, but here again, under US maritime law, recovery may be limited or excluded. If the US scheme of the Carriage of Goods by Sea Act applied (COGSA) (which is not at all certain), cargo interests would have no recourse against the carrier in case of an “error in navigation or management”, so long as the owner exercised “due diligence” to make the vessel seaworthy at the beginning of the voyage, the theory being that owners should not be responsible for judgement errors by officers and crew.

The concepts of “force majeure” or “Act of God” may also play a role if it turns out to be true, as is claimed, that the vessel was the victim of an unexpected and unanticipated sandstorm which drove the vessel into the mud. Even if cargo interests overcome these defenses, they would be subject to a “package limitation” of $500 per “package” depending upon how the cargo is packed in the containers.

All this is to say that this is clearly a very complex and thorny set of circumstances which is certain to keep many maritime lawyers of several nations quite busy for a very long time.