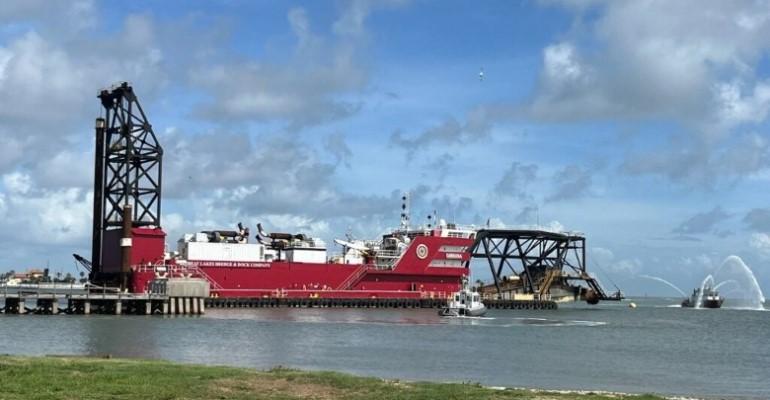 The Port of Houston kicked off its the long-awaited billion dollar dredging scheme, the Houston Ship Channel Widening and Improvement Project 11 last week.

The $1.1bn expansion of the Houston Ship Channel, which has been in planning for more than a decade is finally underway.

After more than a decade of planning, Project 11 will allow the ship channel to accommodate an additional 1,400 vessels per year and could generate up to $134bn more annually in economic impact once completed. The channel currently accommodates about 8,200 vessels and 215,000 barges each year, hauling more than 247m tonnes of cargo.

“This project will enable Port of Houston to continue to grow and respond effectively to whatever the future demand in the supply chain has to offer,” Port of Houston Executive Director Roger Guenther said in a statement.

Port of Houston is a 40-2km-long complex of nearly 200 private and public industrial terminals along the 583.6km-long manmade Houston Ship Channel, which connects the port to the Gulf of Mexico.

“This project is important on many levels, including improving the efficiency of our nation’s supply chains, promoting navigational safety, and creating environmental benefits through the innovative use of dredged material,” Michael Conner, assistant secretary of the Army (Civil Works), said in a statement.

Port Houston and the Army Corps of Engineers signed an agreement in August giving the port permits to start dredging the federal waterway. Great Lakes Dredge and Dock Co. was awarded a $95m contract in October, which also includes oyster mitigation and construction of a bird island. The channel widening and deepening project is scheduled to be completed in 2025.