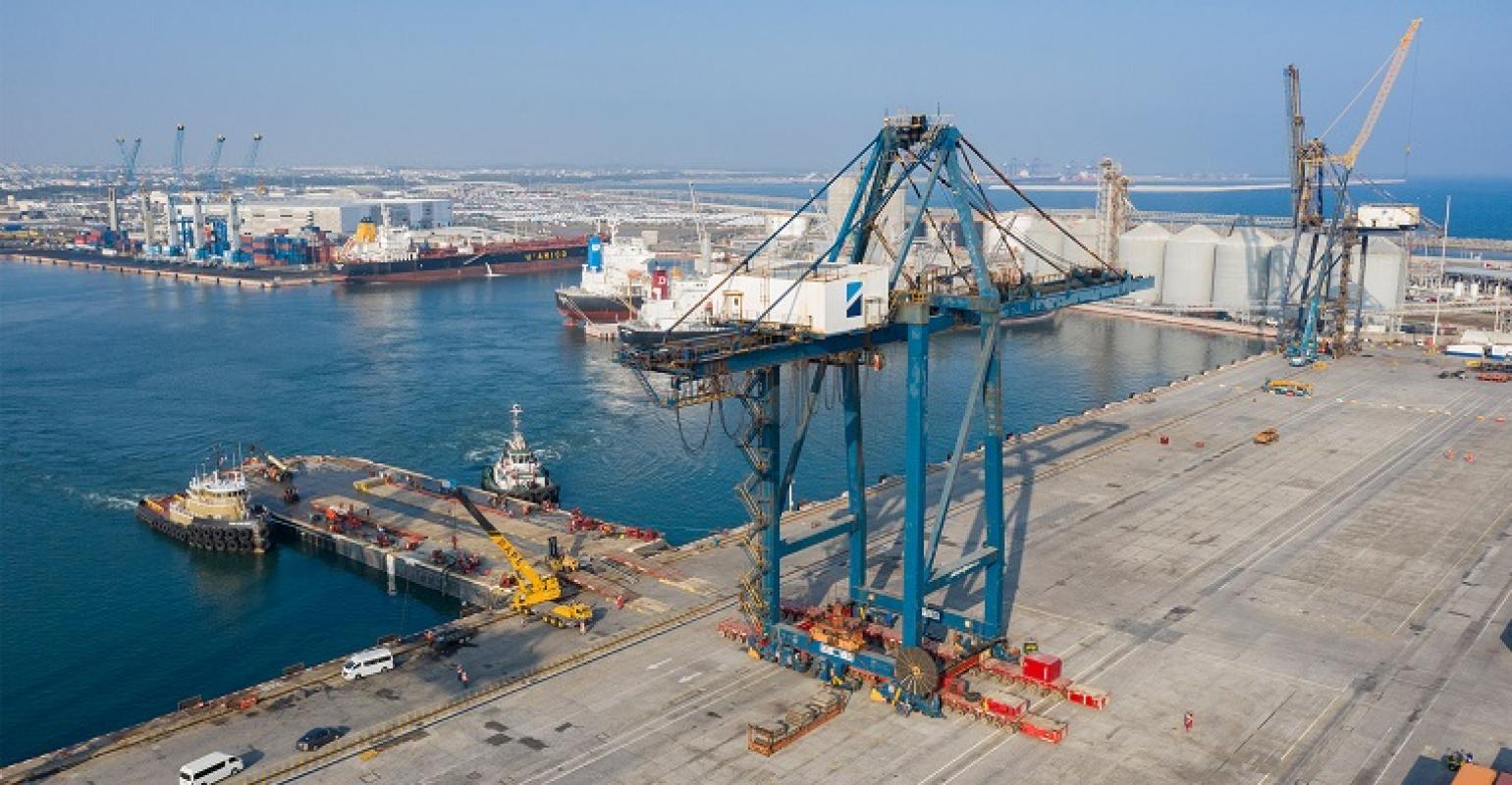 Netherlands-based engineering company Mammoet has successfully completed the second phase of the relocation of several shipping container cranes for Hutchison Ports ICAVE as part of a planned port expansion in Veracruz, Mexico.

Mammoet transported two ship-to-shore (STS) and ten rubber-tired gantry cranes (RTGs) for which it used 56 axle lines of SPMT. The completion of the crane relocations has increased the port’s capacity to more than 95m tonnes.

The company said the biggest challenge faced by the team was the execution of the moves during the ‘North Winds’, which are seasonal winds that hit the region regularly from November to February. During this period, wind speeds can be in excess of 120kph and typically last two to three days. Mammoet’s team proposed splitting one load into two shipments, which was accepted by the client.

This solution reduced the required working window from four days to two days for each voyage, allowing for completion of a safe and efficient offload schedule.

“The successful execution of the port's expansion would not have been achievable without the collaboration between Mammoet’s teams in the United States and Mexico,” said Patrick Heer, project manager for Mammoet. “By sharing and combining knowledge across the region, we were able to effectively manage logistics and resource management not only locally but also internationally, while continuously managing and exceeding the client’s expectations for a safe execution,” he added.

In October 2019, Mammoet performed phase one of the terminal expansion, which included the transport of three Ship-to-Shore (STS) cranes and 18 Rubber-Tired Gantry cranes (RTGs).

The expansion of the terminal increased capacity to 95m tonnes and the total area for the new port of Vera Cruz that includes ICAVE-TEC and the four specialised terminals is 1,113 hectares of which 626 ha are located on land and 487ha in water, doubling the size of the current port consisting of 554 ha land-sea.