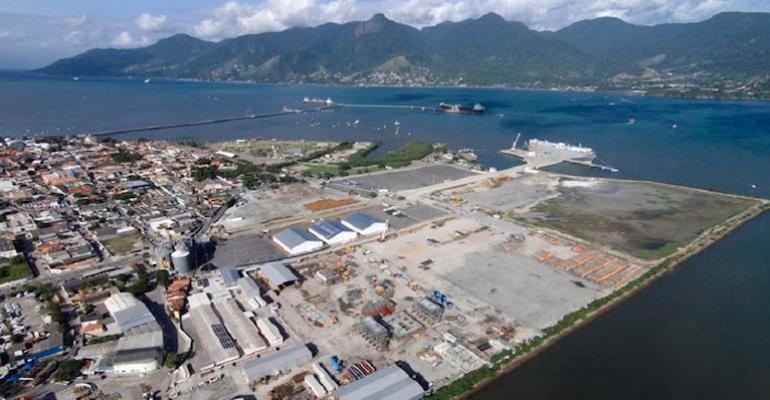 Brazil’s Federal Government aims to privatise the Port of São Sebastião, according to João Octaviano Neto, the State Secretary of Transportation in São Paulo.

Despite being a federal port, it is managed by Companhia Docas de São Sebastião, subordinated to the transportation department of the government of São Paulo.

In addition to the privatisation of the Port of São Sebastião, the secretary stated that the space requires an investment of around $200m to build two berths and a new rail line.

“This is a very challenging project. First, I would need to have a great volume of cargo arriving at São Sebastião. Besides, I would need an entire structure to allow trains to go down the slopes safely to the port,” explains João Octaviano Neto.

However, he stressed that installing a railway structure there is complicated but not impossible.

The berthing facility, in the style of a pier, are 362 m long and divided into four berths. The main one, with a length of 150 m and a depth of 9 m, allows for the docking of ships up to 250m in length.

In addition, the site has three other berths of shorter length and depth of 7 m, serving smaller vessels. The Port of São Sebastião has one brick-built warehouse, with 1,131 sq m ; three tarp warehouses, with an area of 5,000 sq m each and two yards totalling 58,500 sq m for general cargo operations.

The operation of the port of São Sebastião, on the northern coast of São Paulo, resumed on August 11 after three days of suspension. Brazil’s most important environmental agency, IBAMA, imposed the measure over irregularities found at the port. During the period, the mooring of ships was prohibited, and so were logistics operations in and out of the terminal – with trucks and cranes, for example. The port authority Companhia Docas de São Sebastião confirmed that operations resumed after IBAMA authorised it.