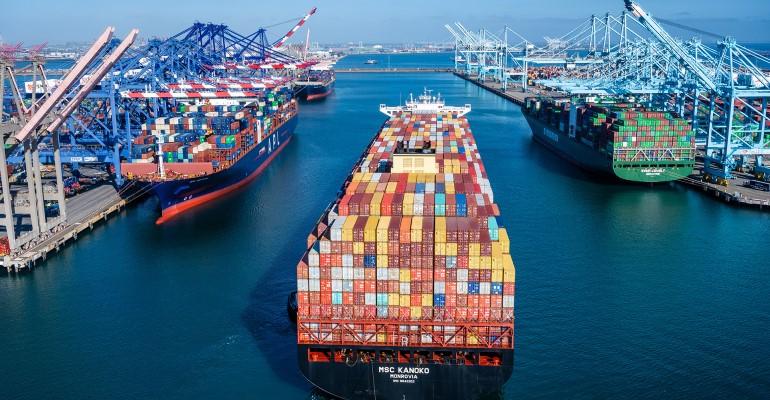 Container volumes handled by the Port of Los Angeles tumbled 25% in October and are down 6% year-to-date.

The largest container port in the US handled 678,429 teu in October 2022 a drop of 25% year-on-year largely driven by a sharp fall in loaded imports and empty container handling.

The numbers for October this year show an accelerating drop off in cargo volumes with throughput down 15% in August. Overall volumes year-to-date are now down 6% year-on-year at 8.54m teu as container trades normalise following a spike during the pandemic that saw unprecedented congestion at the San Pedro Bay ports of LA and Long Beach.

This congestion has resulted in lines shifting services to US East Coast ports that has exacerbated the drop in volumes on the West Coast. In October the Port of Long Beach handled 658,428 teu in October, some 16.6% lower than in the same month last year.

“With cargo owners bringing goods in early this year, our peak season was in June and July instead of September and October,” Port of Los Angeles Executive Director Gene Seroka said during a media briefing.

“Additionally, cargo has shifted away from the West Coast as some shippers await the conclusion of labor contract negotiations. We’ll do everything in our power to get that cargo back because the best route between Asia and the United States is straight through the Port of Los Angeles.